The 3Rs advocates of the future 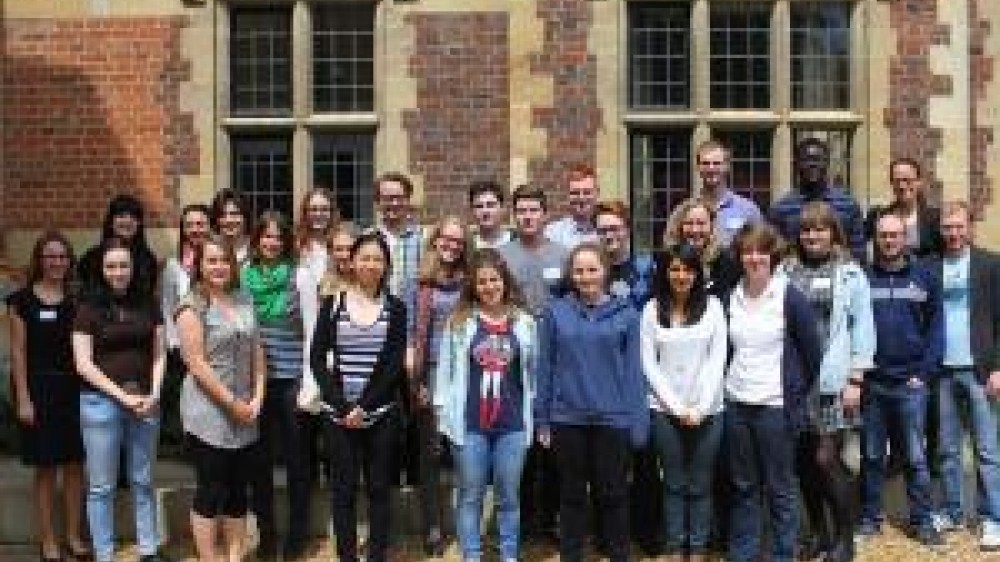 The three day residential event, held at Madingley Hall in Cambridge, combined a series of talks and workshops with networking opportunities, and also gave the students chance to explore the hall’s grounds and spend some time getting to know one another over dinner in Cambridge itself.

The first day kicked off with each of the twenty six students, from top institutions around the UK, presenting a brief overview of their research projects to their peers. The next few days featured workshops on planning and researching a PhD, engaging with the public and the media, improving experimental design and implementing the ARRIVE guidelines, as well as presentations on working in industry and the drug development process.

The students also met the Chair of the NC3Rs Board, Professor Stephen Holgate, and Chief Executive, Dr Vicky Robinson, who presented a session on “Being an ambassador for the NC3Rs.” Many of the students came to the summer school with a basic understanding of the 3Rs principles and some were very passionate about them, but all left with a greater understanding of what the NC3Rs does.

Dr Vicky Robinson with several of the students at the NC3Rs 2014 Summer School.

When asked why they thought the 3Rs were important, many of the students echoed the NC3Rs position.

“I think it’s important to continue assessing how and why we use animals to ensure we are never complacent with animal work.”

“Personally, I think that animal research should definitely be reduced, and eventually replaced. I don’t think there are enough viable alternatives at the moment, but reducing animal research as much as possible is definitely very important and I think it’s a great thing to move forward with 3Rs research.

“There were two reasons why I chose to apply for my project. First, it offered everything I was interested in; it had a cancer research element, and it involved tissue engineering and stem cells. Second, when I looked at the funding body it made me extremely happy. There are a lot of funders and companies out there where I do not agree with their ethics, but I wholeheartedly agree with the NC3Rs.”

“I think research in the 3Rs offers better science and a better conscience. I love animals and I love science as well, and sometimes this creates a conflict. In science you often have to use animals and at the end of the projects you have to kill them. What gives me a better conscience is if I know I am getting good data from them and if I can give the animals a good life in the meantime. Improving welfare also gives better results in the end.”

Working together to build the tallest marshmallow and spaghetti tower in our networking games.

Throughout the summer school, students worked in groups to solve 3Rs related problems in the areas of cancer and stroke. The challenges gave them all chance to really think about how the 3Rs can be applied outside of their own specialist research areas. Working together also gave them chance to share expertise and exchange ideas.

When asked what they hoped to gain from the summer school, learning from other students and the potential for collaboration were consistently top on the list.

“It’s interesting to see what other NC3Rs students are doing and I’m hoping to build up collaborations for the future. I have already seen some students who are doing some work which I could maybe link with in the future.”

“A PhD is challenging beyond what happens in the lab; it’s nice to know that there are others in the same situation as me.”

“Learning about different people’s projects has really opened my eyes already as to how much of a breadth of subject areas the NC3Rs covers. I think it’s amazing, I didn’t actually realise that there were so many different projects going on out there, so there is definitely a lot to learn.”

We plan to stay in touch with the students via LinkedIn; keeping them updated on NC3Rs activities and 3Rs advances. We hope that they will benefit from the connections made last week by continuing to share their experiences of academia and possibly even collaborating on 3Rs projects in the future.