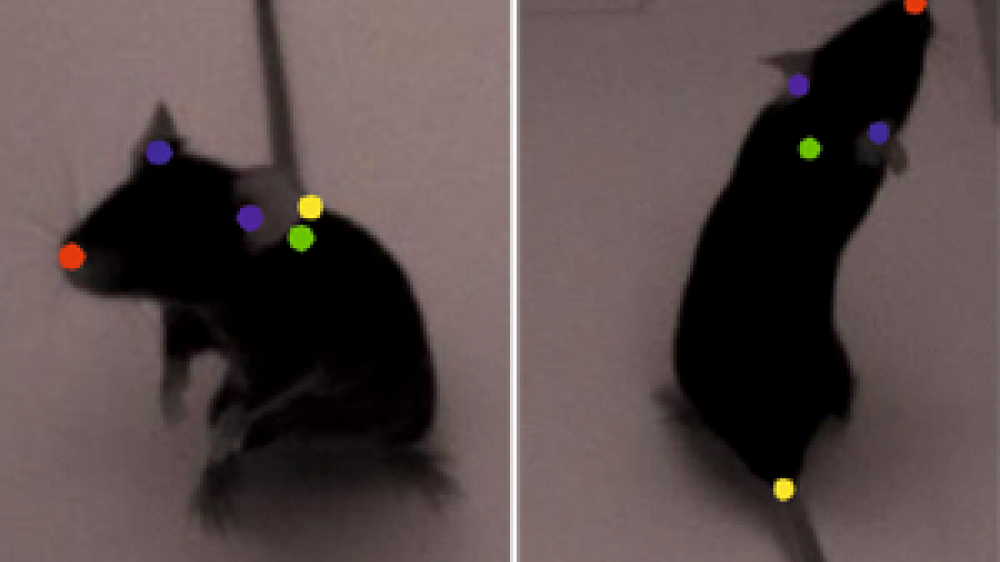 This approach is able to describe in detail how mice respond to different sensory stimuli, and could be widely applied in fields reliant on behavioural analysis.

The current gold standard test of visual acuity in mice uses a Y-shaped water maze – mice are trained to swim along the maze, then choose the correct arm based on what they can see displayed on screens at the end of each arm. This swimming-based test requires mice to undergo weeks of training and can be highly stressful, particularly for mice with impaired vision. Results can be hard to interpret because they depend as much on the mice learning how to perform the task as on their vision.

Dr Riccardo Storchi, NC3Rs David Sainsbury Fellow at the University of Manchester, has used advances in computational ethology to develop a more robust, specific approach to measuring visual acuity. Riccardo’s new approach, detailed in Current Biology, measures the natural defensive responses of mice to a range of visual and auditory stimuli. For example, a shadow passing above the arena mimics an overhead predator, to which the mice respond with specific behaviours including freezing, startle responses and defensive rearing postures.

Using four overhead cameras, Riccardo and colleagues tracked five key points on the mouse in an open field arena – the nose tip, right and left ears, base of the neck and base of the tail – and subsequently developed an algorithm which reconstructs mouse posture (rearing, body bending and elongation) and movement (locomotion, freezing, rigid body rotation) in 3D. This allowed them to describe natural mouse behaviours in response to a range of stimuli, such as a bright flash of light, a visual looming or a loud noise.

Four overhead cameras track the 3D positions of the mouse’s nose tip, right and left ears, base of the neck and base of the tail (reproduced from figure 1, Storchi et al. 2020) 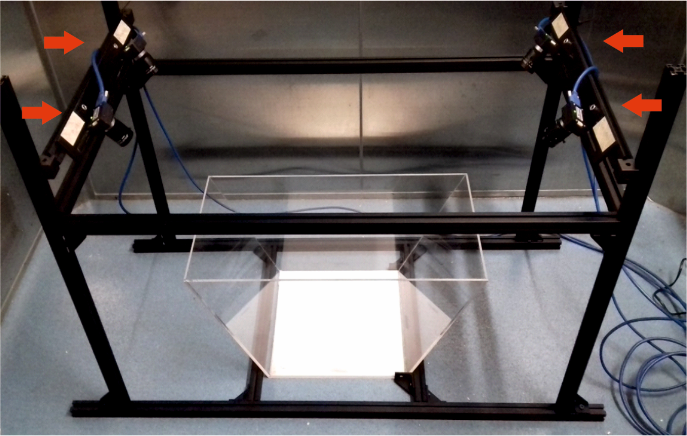 The team was able to gain a large amount of information with this approach and demonstrate that behavioural responses were stimuli-specific. For example, it is possible to determine if a mouse’s freezing behaviour is in response to a visual looming cue (mouse demonstrates rearing with a tall upward looking posture) or an auditory cue (mouse forms a hunched pose followed by a body spin). This additional information is key to fully understanding how the animal perceives its sensory environment, as opposed to measuring a single variable such as locomotion.

Riccardo’s approach represents a significant refinement compared with other commonly-used behavioural tests. It requires no training and is less stressful as it relies on the remote recording of natural behaviours. It also reduces procedure time, variability and failure rates. As well as further refining the protocol, these factors in combination can reduce the number of experimental animals required to adequately power studies.

The computational tools developed as part of this work can be applied to other commonly-used behavioural tests such as the open field test and novel object recognition. For example, oriented responses such as escape rely on animals retaining spatial knowledge of the test arena, so this approach could be applied to studies of memory disorders. It could also be used to refine models of anxiety by analysing associated changes in innate defensive behaviours.

The software, algorithms and full 3D dataset of mouse poses used in this study are publicly available via GitHub. If you are interested in applying this model in your research, you can contact Riccardo at riccardo.storchi@manchester.ac.uk or find more information on his staff webpage.