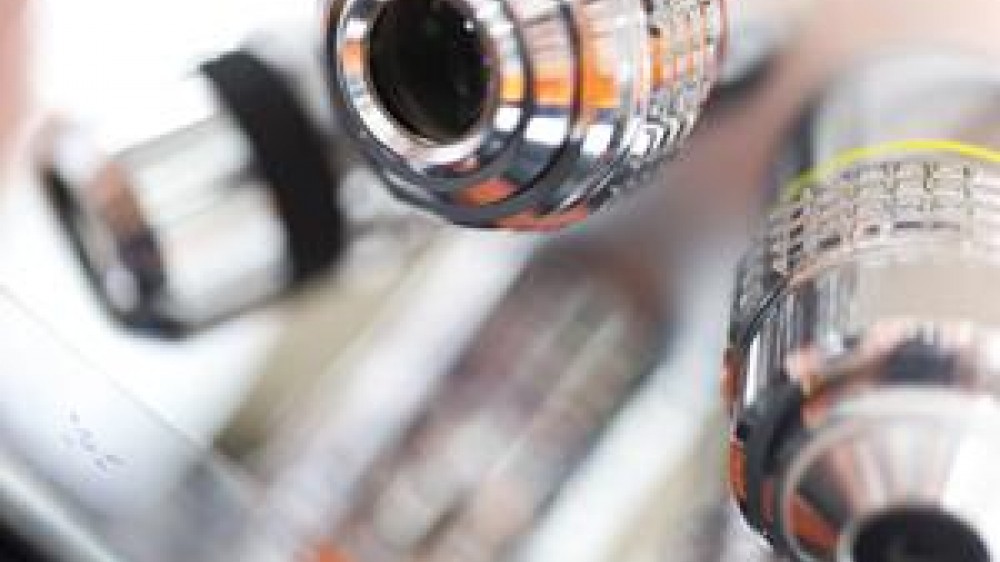 We have recently funded six new projects for a total of £1.65 million, as part of our 2015 project grant competition.

This innovative research includes projects on animal-friendly touchscreen testing systems for rodents and new, more relevant and improved models for studying breast cancer, prion diseases and for the quality control of vaccines. These diverse projects have the potential to minimise animal suffering and reduce the use of animals in research while contributing to progress in their field.

Milkshakes instead of electric shocks

Dr Lisa Saksida from the University of Cambridge will develop a touchscreen testing system to monitor rodents’ motivation and emotional processing. This will be of use to researchers studying disorders such as Alzheimer's disease, schizophrenia and depression, where motivation and emotions are often affected. Current tests can involve electric shocks or forced swimming and therefore raise animal welfare concerns.

If successful, the new touchscreen technology will mean that each year at least 30,000 rodents will undergo observation under more refined conditions. The touchscreen tests, already used for assessing learning, memory and attention, are easy to compare with similar human tests and have fewer welfare concerns. The animal simply has to poke images on the screen using its nose and it will receive a drop of milkshake as a reward!

Read more: Development and validation of a rodent touchscreen battery for assessing motivation and affective state

Dr Ludovic Vallier from the University of Cambridge has received funding to create a new in vitro model for liver fibrosis. Fibrosis can lead to liver disease which is a serious problem especially in developing countries. His model uses human Induced Pluripotent Stem Cells (hIPSCs) which will be differentiated into the various cell types found in the liver. These differentiated cells will be introduced onto a 3D scaffold, making cell-cell interactions possible. Once the scaffold has been fully populated with the cells, fibrosis will be triggered, closely reflecting the fibrotic progression in the liver. The scaffold will be adapted for high throughput screening. The model will then be able to be used to test new therapeutics for liver diseases, paving the way for an in vitro model for the study of liver damage and fibrosis.

Prion diseases are often-fatal neurodegenerative diseases caused by misfolded prion proteins accumulating in the nervous system. These diseases can be contagious and so they are a risk for both animals and humans, but efficient therapies are still lacking. Prions are currently studied in animal models and cell-free assays, but yhere is no existing cell culture modelwhich would help understand prion behaviour on a molecular level. To bridge this gap, a project run by Dr Mark Head from University of Edinburgh will develop human cell lines that can be infected with prions.

Dr Head has already shown the first promising results, observing human stem cell-derived astrocytes that can be infected with prions. The next step will be to involve neurones in the culture and look at prion infection, replication and the effect they have on the neuronal cells.

Read more: Human stem cell derived neurones and astrocytes as an in vitro model of human prion infection and replication

When cancer grows, its interaction with the environment and the surrounding stroma is very important, but it’s an aspect often missing in in vitro studies. Dr Catherine Merry from University of Nottingham aims to create a novel 3D model of human breast tissue that will better consider this complex structure.

The team has developed a simple, adaptable hydrogel that can include various components and change its density to mimic different types of breast tissue. It’s even possible to add immune cells in the culture, another important factor usually lacking in vitro. This will mean exploring biology of the breast and breast cancer in conditions close to those seen physiologically, without the use of animals.

After validation, the 3D model could replace commonly used rodent xenograft models, where patient tumour tissue is implanted into mice, which currently use about 12,000+ animals per year in breast cancer research only. Because the hydrogel is so flexible, its use could potentially be extended to other types of cancer tissue.

Looking at life of parasites in vitro

Helminth parasites affect livestock and humans alike, causing diseases such as fasciolosis, a growing problem in food security. To fight helminth parasites, Professor Aaron Gordon Maule from Queen’s University Belfast is working on an improved in vitro model to study the parasite’s biology. The researchers have already made progress and can grow one of the parasites, liver fluke, in an in vitro culture for more than seven months.

Their goal now is to further improve the model based on comparisons of the fluke’s behaviour in vitro and in vivo. This will let them look at development of the fluke and all stages of its life cycle. Also, many candidate anti-parasite drugs can be easily screened on worms growing and developing in vitro, reducing the need for host animal-based experiments.

Professor Bazbek Davletov from the University of Sheffield is looking at ways to measure tetanus neurotoxin activity in vaccines without the use of animals. During vaccine production, the product must be tested for unwanted residual neurotoxicity at several stages. This is an important aspect of vaccine quality control, but the traditional testing tools have changed little over the last decades. The current method involves many rodents and uses death of the animal as an endpoint.

Instead, Professor Davletov is focusing on the precise mechanism of changes to the protein VAMP2, which is the final target of tetanus toxicity. The hope is that he will be able to reveal the exact biological steps in the toxin action. To do this, the team will use widely used neuronal cells, make them sensitive to tetanus toxin and create a new stable cell line with fluorescent VAMP2 protein. They will then design an inexpensive, user-friendly cell assay with the potential to reduce and replace animal assays in vaccine quality control globally.