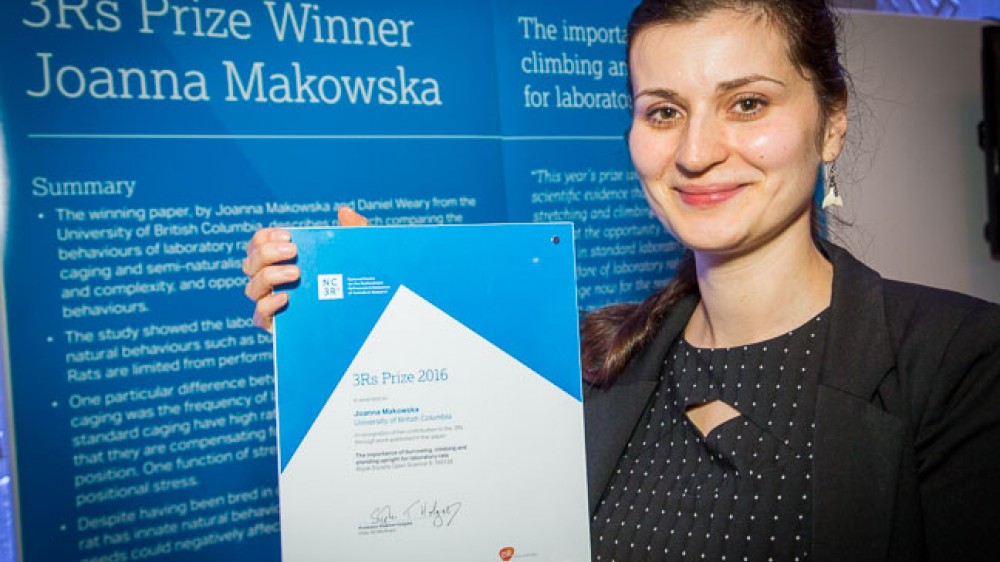 A paper investigating the welfare of laboratory rats is the winner of the 2016 3Rs prize, which is awarded by the UK’s National Centre for the 3Rs (NC3Rs) and sponsored by GlaxoSmithKline (GSK).

Rats were the first mammals to be domesticated for research purposes and yet despite being the ‘workhorse’ in many areas of biomedical research for decades, relatively little is known about their behavioural and environmental needs in the laboratory.

The prize winning paper from Drs Joanna Makowska and Daniel Weary from the University of British Columbia, Canada starts to address this, providing evidence of the importance of simple and natural behaviours such as burrowing and standing upright (rearing) to rat welfare.

Standard rat caging in the laboratory does not typically accommodate these behaviours. Lab animal regulations in the EU and North America set out guidelines for the minimum cage height that should be provided for animals. For rats, this is 18 to 20 cm, but rats stand upright at 22 cm by 2.5 months of age and at 26 to 30 cm when fully grown. The key questions are whether this restriction in their behavioural repertoire affects rat welfare and the science the animals are used for.

The answer to the first question is likely to be ‘yes’, based on Makowska and Weary’s work. The Canadian team observed the behaviour of laboratory rats housed in large and enriched semi-naturalistic cages. They found that throughout their lives rats burrow readily, even when tunnels are already present, re-organising the tunnels on an almost daily basis. When allowed the space in large cages, young rats stand upright on average 180 times per day, and even when relatively old (13 months) up to 75 times daily.

In comparison, rats housed in standard laboratory caging are unable to burrow or stand up straight, and they show almost nine times more lateral stretching than rats in large cages; Makowska and Weary suggest that this behaviour is used to alleviate the stiffness caused by the inability to stretch upright and the generally low levels of mobility in standard cages. 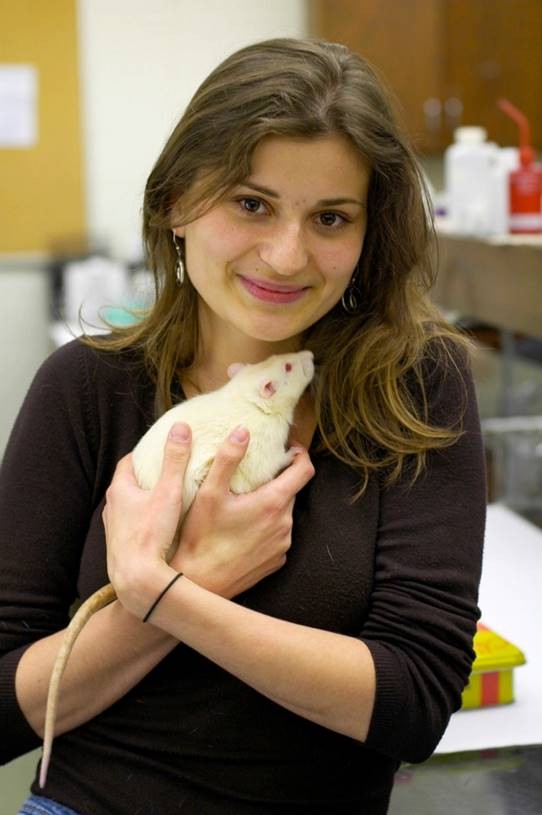 Commenting on the work Dr Makowska said: ‘The difference in behaviours between rats in a naturalistic setting and those housed in standard laboratory cages was stark. Our work has already led to some researchers changing their rat housing to accommodate some of the features described in our paper. It is an honour to have this work recognised by the NC3Rs. There is much more to do and the award from the NC3Rs and GSK will allow me to pursue this line of research in more depth, to provide even more evidence of what rats need and how to meet those needs in a feasible way. My aim is to provide rats with a good quality of life.’

Whether improving the space and environment provided to laboratory rats has an impact on the science they are used for remains unclear but previous work has suggested that sedentary, inactive rats are not necessarily ideal models for research (Martin et al. 2010).

Dr Vicky Robinson, Chief Executive of the NC3Rs said: ‘The rat has been relatively overlooked compared to many species when it has come to improvements in caging, probably because it is so stoic. It is time to reconsider and to put the latest knowledge into practice and regulation. It is clear that providing rats with more space to exercise is beneficial to them and it seems likely that as a result they will be more useful research subjects.’
~

The international 3Rs prize is awarded for a piece of primary research published in the last three years which has significant impacts on the numbers and/or welfare of laboratory animals. The prize consists of £28k prize grant and £2k personal award. The winning paper was selected by a panel of independent experts, based on the quality of the science and the novelty and broad applicability of the findings, in terms of providing an evidence base to support improvements in animal welfare. Dr Makowska will use the grant to further explore how important specific behaviours are to laboratory rats by, for example, measuring the amount of ‘work’ they are willing to perform to gain access to a burrowing substrate. This will help provide more scientific foundations on which to make decisions about how rats are cared for.

Dr Nick Cammack, Senior Vice President for Alternative Discovery and Development, GSK, said: ‘Those of us involved in scientific research have a responsibility to ensure the good welfare and treatment of animals in our care at all times. The rat is a cornerstone model in many research studies and the research performed in this case this makes an important contribution to refining their care and welfare. I’m pleased that GSK can support this NC3Rs prize which continues to contribute to improving the care, welfare and treatment of research animals.’ 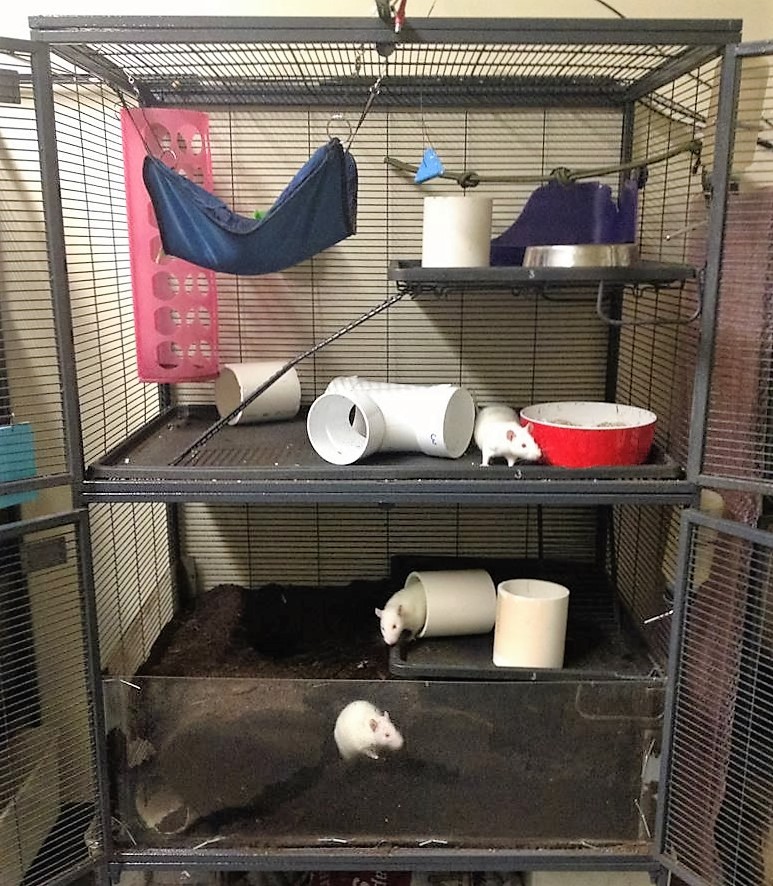 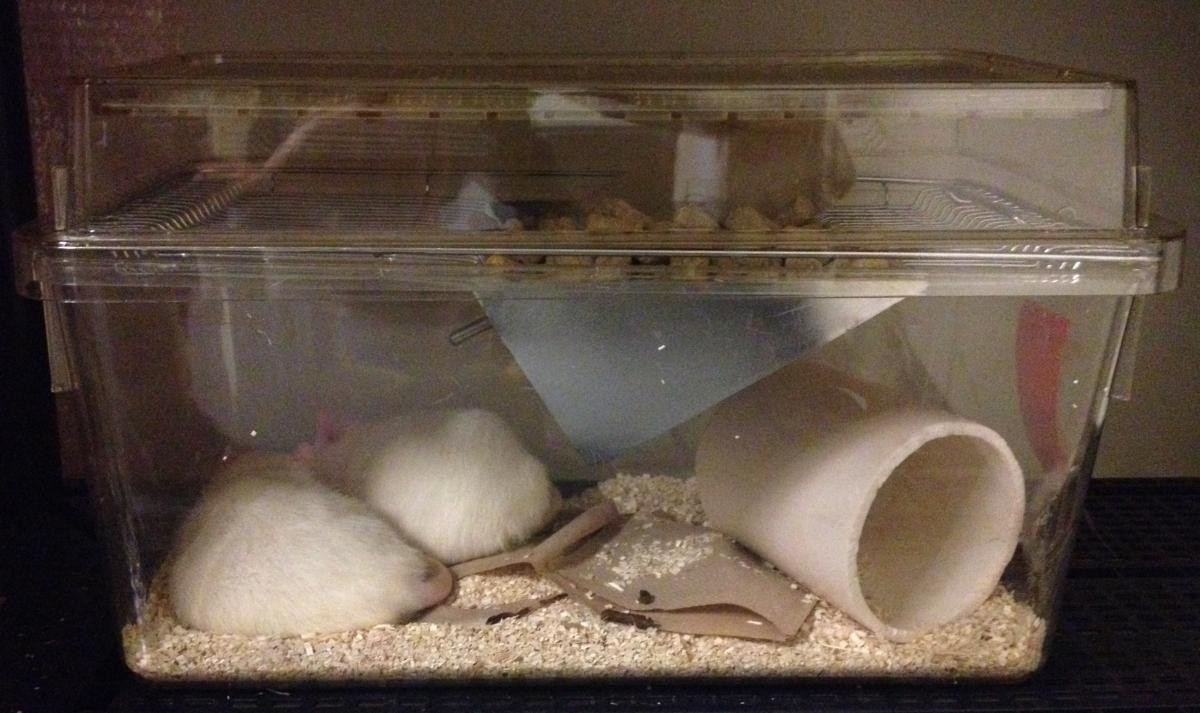 About GlaxoSmithKline:
GlaxoSmithKline is one of the world's leading research-based pharmaceutical and healthcare companies is committed to improving the quality of human life by enabling people to do more, feel better and live longer. For more information go to www.gsk.com

About the NC3Rs:
The National Centre for the Replacement, Refinement and Reduction of Animals in Research (NC3Rs) is a leading independent scientific organisation dedicated to replacing, refining and reducing the use of animals in research and testing (the 3Rs). It supports the UK science base by driving and funding innovation and technological developments that minimise the need for animals in research and testing, and lead to improvements in welfare where animals continue to be used. It funds research, supports training and development, and stimulates changes in regulations and practice.

Primarily funded by Government, the NC3Rs is also supported by the charitable and private sectors. It works with scientists in universities and industry in the UK and internationally.

Further information can be found at: www.nc3rs.org.uk @nc3rs