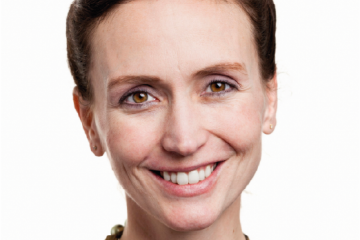 This award aims to develop an in vitro model of inflammatory bowel disease using human intestinal organoids and a synthetic hydrogel, replacing the use of mice and animal-derived matrices.

Inflammatory bowel diseases are chronic conditions characterised by both intestinal inflammation and extracellular matrix remodelling of the gut wall. Current treatments focus on relieving inflammation but there are no therapeutic strategies to prevent or repair the remodelled matrix. Organoids to model inflammatory bowel disease are beginning to replace genetically and chemically-induced mouse models. These typically rely on Matrigel to support organoid growth and replicate the extracellular matrix. However, Matrigel is derived from a mouse tumour and the chemical components are not well defined affecting the reproducibility of the studies. Matrigel culture precludes the use of organoids to study matrix remodelling, creating a reliance on animal models for these studies. Animal models include administering dextran sodium sulphate via drinking water, which damages the epithelial cells in the colon causing inflammation and cell death, and chronic inflammation arising from genetic mutations.

The student will use synthetic hydrogels as a 3D matrix to support the growth of human iPSC-derived intestinal organoids. The synthetic hydrogels, previously developed in Eileen’s laboratory, are fully defined making them suitable for studying matrix remodelling as well as inflammation. The student will identify culture conditions that prompt the organoids to adopt an inflammatory-like phenotype before screening potential therapeutics for inflammatory bowel disease. The student will develop skills in RNA-seq, proteomics and work with King College’s commercialisation team to enable uptake of the model in other laboratories.

Overview: Human intestinal organoids (hIO) formed from induced pluripotent stem cells (iPSC) are increasingly replacing mouse models of inflammatory bowel disease (IBD), but Matrigel, which is required to support hIO cultures, is created from a mouse tumour, and its undefined composition precludes controlled studies on gut pathological matrix remodelling. Here, we aim to establish, validate, and demonstrate the utility of an hIO-synthetic hydrogel tool to study matrix remodelling in the gut that can replace murine and Matrigel-supported hIO models of IBD.

The 3Rs case: IBD is a chronic mucosal inflammatory disorder. Genetic and chemically induced mouse models are a mainstay of IBD research, but are increasingly being replaced by murine and human organoids, which are almost always supported by Matrigel. Indeed, Matrigel’s use has risen dramatically over the past decade as organoids have become common tools in the fields of developmental biology and disease modelling. Matrigel is derived from a murine tumour and although it is not known how many mice are required to create it, its manufacturer (Corning) reports revenues for Matrigel of more than €200M annually. This suggests that many thousands of mice are used to create it every year. Indeed, in our institution, even small labs that culture organoids use in the range of 100-500mL of Matrigel annually.

However, IBD is charactersied not only by chronic intestinal inflammation, but also matrix remodelling of the gut wall, which can manifest as either fibrosis or fistula formation. Experimental models to study this pathological matrix remodelling have, for the most part, remained in mice because the undefined matrix components contained within Matrigel preclude controlled studies of matrix remodelling using organoid models. Here, we propose to develop a new experimental tool that would allow for some murine studies of IBD-associated pathological matrix remodelling to move into human organoid models. Our approach relies on a synthetic 3D hydrogel whose unique chemical design can both support organoid culture and allow for the study of matrix remodelling. This would replace the need for many mouse models of IBD and replace mice used to produce the Matrigel that currently supports organoid cultures. IBD research currently represents only a fraction of Matrigel use; however, our preliminary data shows that our hydrogel platform can also support human iPSC-derived pancreatic and liver organoids (and likely others), opening the possibility of a fully synthetic replacement for Matrigel in a wider range of organoid-based biological studies

Experimental approach: We will encapsulate human iPSC-derived intestinal organoids within our established 3D matrices and identify hydrogel physical properties and exogenous cytokine conditions that prompt hIO to adopt inflammatory-like phenotypes (IBD-in-a-dish models). To validate our model, we will then use a combination of RNAsequencing and SILAC-based proteomics to demonstrate that our hIO-synthetic hydrogel tool can confirm known and identify novel matrix regulators that can potentially be targeted therapeutically to treat IBD.

In parallel, we will also work with the King’s Commercialisation Institute to bring our synthetic hydrogels to market as a simple kit that researchers can use as easily as Matrigel. This will involve teaming with a commercial mentor to create a definitive hydrogel synthesis protocol and developing quality control measures that together can be pitched to a major supplier to be scaled-up for commercial production. This approach will make the synthetic hydrogels widely accessible to the organoid community by eliminating the need for individual labs to carry out a chemical synthesis, thus removing the major hurdle to its wide-spread use.