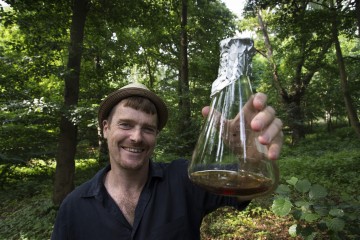 This project aims to develop a novel Dictyostelium model to investigate the potential for bitter tastants as new treatments for asthma, and replace the mammalian models currently used for these studies.

Bitter tasting compounds have been demonstrated to open the airways in the lung, suggesting a role for these compounds in the treatment of asthma. Research into bitter compounds and the way they work in asthma has focused on using lung tissue obtained from guinea pigs and mice, but also from humans. This research involves using ex vivo tissue to elucidate the mechanism by which bitter compounds trigger muscle relaxation (related to relieving asthma induction), and uses large numbers of animals.

Developing alternative non-animal systems to investigate the mechanisms of bitter tasting compounds will reduce the use of animals in this research area, and provide experimental approaches unavailable in animal models. This project proposes to develop a two stage system, initially using the social amoeba Dictyostelium to identify the mechanism of action of bitter tastants as bronchodilators, and subsequently using human cells to confirm discoveries are relevant to asthma treatment.

A variety of 'reference' bitter tastants associated with bronchodilation will be screened using Dictyostelium growth as a model. Sensitivity of Dictyostelium to these compounds will enable a genetic screen to identify novel gene products controlling sensitivity to bitter compounds. A mutant library used in the screen will be used to isolate new bitter tastant targets. Recapitulation of identified mutants in wild-type cell lines will confirm a role for each target in sensitivity. These mutants will also be rescued by expression of the endogenous gene and by expression of the human homologue. Resistance will be monitored using sensitivity to growth inhibition, movement, and development. This approach will enable the analysis of these new targets without using animals.

Bitter compounds and identified signalling pathways from the Dictyostelium studies will be investigated in human-derived tissues to illustrate functional mechanism(s) for these compounds in human tissues.