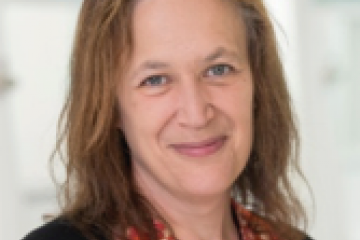 With previous NC3Rs funding Dr Merry and her team created bespoke hydrogel scaffolds suitable for the growth of normal and cancerous breast tissue. The hydrogel replicates aspects of the complex mixture of proteins and glycans that embed and support cells. The hydrogel can also be manipulated to mimic extracellular matrix stiffness (breast density), which is a key predictor of breast cancer recurrence and primary invasive breast cancer development.

This Technologies to Tools grant aims to replace animals/ animal-derived materials used in drug development, by producing a collection of synthetic peptide hydrogels to model multiple tissues and disease environments.

Working with the Medicines Discovery Catapult, Dr Merry aims to validate a method to identify the proteins present in a tissue and create a suite of hydrogels able to provide tissue-realistic matrix microenvironments to support cell-type specific responses. Although protein functionalisation of the hydrogels only provides part of the information required to mimic a specific tissue, developing this method overcomes the barriers of knowing which proteins are needed on a tissue-specific basis, enabling the evolution of the peptide hydrogel technology for other tissues.

Upon sharing the 3D hydrogel technology with colleagues using PDX models, it could have a large 3Rs impact. For example, one researcher at the University of Manchester uses approximately 300 female mice per annum for patient-derived xenograft (PDX) tumour implantation and experimental work, which requires a further 100 mice per annum for support of colonies. Throughout the Manchester Breast Centre and with collaborators nationally, this number increases to 1,000 mice per annum. Replacing the PDX models with synthetic hydrogels, Dr Merry’s contact at the University of Manchester estimates they could replace 30% of the animals used in the first three years and 60% within five years, equivalent to replacing 300 and 600 animals respectively in the Manchester Breast Centre.

The same research group uses 30 tubes of Matrigel per annum, which equates to a further 15 mice, as typically two tubes of Matrigel are produced from one mouse. Throughout the Manchester Breast Centre this number increases to 100 mice per annum (200 tubes). In the first year of establishing the peptide gel technology, Dr Merry’s contact estimates they could replace 50% of the Matrigel studies (equivalent to 50 mice per annum in the Manchester Breast Centre), rising to 100% in three years. These numbers are for one research group focussed only on breast cancer, so the potential of the synthetic hydrogel technology to model multiple tissues/ disease environments, increases the 3Rs impact this model could have.

The MDC will analyse breast cancer tissue samples using matrix-assisted laser desorption/ionization mass spectrometry (MALDI-MSI) and provide information about the presence and localisation of specific matrix proteins throughout the samples. The ten most abundant and ten most differentially expressed proteins will be identified. Initially the normal and ductal carcinoma in situ tissues (DCIS) in non-dense samples will be compared and this will then be extended to the entire set of six tissue classes (normal, DCIS and invasive human breast tissues, each subdivided into low and high mammographic density). As proteins are identified and characterised, the research group at Nottingham will use the information to generate extracellular matrix proteins with which to functionalise the hydrogels and mimic the tissue types. To assess the distribution of the proteins within the hydrogel, sections from the hydrogels will be analysed using MALDI-MSI and the data compared to the tissue sections. In addition, cells will be encapsulated into the hydrogels and assessed for cell behavioural differences based on the differential functionalisation of the hydrogels. A complete set of six protein functionalised hydrogels that mimic the respective tissues will be built. This same approach will be applied to a microarray representing neurological disease, demonstrating the applicability to multiple tissues and diseases (e.g. cancer, fibrosis, neurodegeneration).