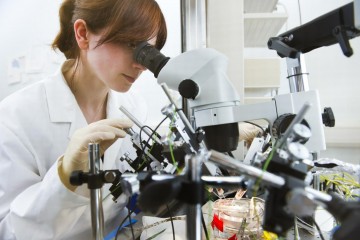 Epilepsy is an important disease, it affects between 1% and 2% of the world population, causing considerable suffering and strain on healthcare resources. Seizures are also a major contributor to deaths following neurological insult such as stroke or head trauma. Of the human epilepsies, the most common form is temporal lobe epilepsy (TLE), which is also the most difficult to treat (30%–40% of TLE patients are drug-refractory). Given the importance of the entorhinal cortex (EC) in clinical and experimental epilepsy, we have investigated neuronal function in the EC following epileptogenesis using a modified low-dose Li+-pilocarpine (LP) model of epileptogenesis, which shares many characteristics of human TLE, including a quiescent (latent) period following initial insult, neuronal death in layer III of the medial EC and subsequent development of spontaneous recurrent seizures (SRS) in rats and mice. In broad terms, most animal models of epilepsy rely on the induction of status epilepticus (SE), which may be defined as any period of continuous seizure activity lasting longer than 30 minutes. This procedure is typically of substantial severity and associated mortality is a problem. Since the 1980s, the role of dopamine in control of seizures through its actions in the EC and the basal ganglia has been elucidated, indicating that seizure generation can be enhanced through activation of dopamine D1 receptors, or suppressed through activation of D2 receptors. We propose to make use of this dopaminergic control over seizure generation to refine the LP model such that severity can be reduced, or the requirement for SE can be eliminated entirely.