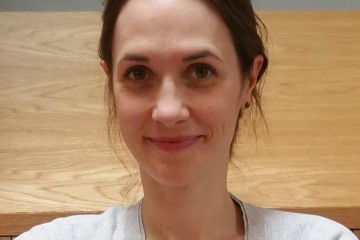 The study of wild small mammals is used in many research fields, including ecology, conservation, evolutionary biology and land management. Two key methods are currently in use for monitoring wild small mammals. The first, known as “capture-mark-recapture”, uses repeated live-trapping, and the second involves radio-tracking animals to monitor their movements. Both methods can impact on animal welfare. Live-trapping is indiscriminate, and many captured animals are not required for the research, either because they are non-target species or have previously been captured and do not need to be captured again. Live-trapping also has a risk of mortality due to dehydration or hypothermia or insufficient food, particularly for vulnerable non-target species such as shrews. Welfare issues for radio-tracking arise due to the weight and antenna of the radio-collar, which can impede natural animal behaviour, and affect reproduction and survival.

This Project Grant aims to develop and validate two novel devices, an “intelligent trap” and a “spatial logger”. Use of these devices will allow reduction in the number of unnecessary captures of small mammals during field research and refine their experience by improving on standard trapping methods.

Dr Knowles estimates her research group makes 450 small mammal captures in 12 months. Approximately half of these involve non-target species, either voles or shrews, and nearly two-thirds of all captures made were recaptures. Use of the newly developed intelligent trap could prevent recaptures, reducing the number of overnight captures by approximately 300 per year. The devices also have the potential to reduce mortality, from 5% to 0.5% by stopping vulnerable non-target species from being caught. There are an estimated 14 groups in the UK using similar methods for capturing small rodents, and if half of these were to begin using the new intelligent devices a further 2,400 recaptures and approximately 180 mortalities could be prevented annually in the UK.

The two new devices being developed both rely on passive integrated transponder (PIT tag) technology, which is widely used as an identification method for wild, laboratory and domestic vertebrates. PIT tags are inserted subcutaneously (a low pain procedure not regulated under the Animals (Scientific Procedures) Act 1986) and carry a code ID unique to the animal which can be remotely read. The first device, an intelligent trap, allows for selectivity in capture based on an animal’s PIT tag and on body mass. This will prevent any unnecessary recaptures and prevent the trapping of vulnerable non-target animals. The trap also has an auto-release mode, which allows the collection of faecal samples from known individuals without the need for overnight capture or handling. These faecal samples can be used to characterise several traits of interest (e.g. diet, pathogenic infection, and the gut microbiome). The second device, a low-power spatial logger, monitors the location of tagged animals in the field non-invasively, by recording the presence of tagged animals when they pass within 30cm of the logger. This alleviates the reliance on radio collars and repeated trapping and allows researchers to gather high resolution spatial and temporal information on small mammal activity in a non-invasive way.