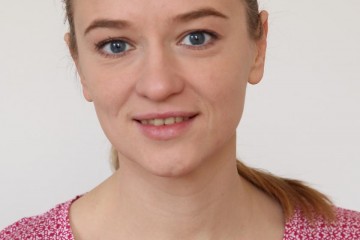 Maladaptive homeostatic plasticity, as a consequence of non-cell autonomous insults, is one of the central aspects in chronic pain studies, where changes in excitability in the nociceptive system, such as sensory neurons, occur following a damaging insult elsewhere. Rbfox splicing factor family regulates genetic output of muscles and neurons by mediating alternative splicing and mRNA degradation. The ability of Rbfox family to respond to upstream activity changes and subsequently to regulate excitability and activity provide intriguing mechanisms for the adaptation of functional circuits to local environments resembling prerequisite characteristics for homeostatic plasticity. Preliminary data and literature suggest that Rbfox splicing may be involved in sensory neuron sensitization. The proposed study aims to establish Drosophila models to understand the role of Rbfox in sensorimotor circuit homeostasis, with particular focus on balance between the muscle and sensory neuron function. These Drosophila models, which allow monitoring Rbfox activity, will be tested for their potential to serve as a novel, so far unrepresented, sensor tool to study non-cell autonomous sensory neuron sensitization in chronic conditions affecting the skeletal muscle. The substantial functional consequences, like changes in mRNA splicing, translation and degradation as well as miRNA metabolism, upon altered Rbfox activity would provide complementary advantages to tools like calcium sensors. The power of the model will be demonstrated by subsequent analysis of genes already known to participate in mediation of chronic pain as well as known Rbfox targets, linked to sensory neuron sensitization. The relevance to inflammatory response and ability of the model to replace moderate severity limit protocols, such CFA-injection in the muscle of mice for studies of chronic inflammatory pain mechanisms, will be examined.