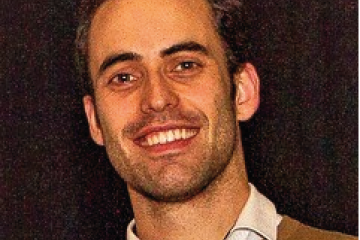 This project aims to investigate a prevalent and complex cardiac disease using a human cell model in order to promote future drug discovery strategies towards its treatment. It builds on previous work focused on the development of the model, as well as the molecular tools needed to interrogate its disease features.

In the UK ~900,000 people are affected by heart failure and each year there are 20 million deaths worldwide. A major contributor is Hypertrophic Cardiomyopathy (HCM) which is the most prevalent cardiac disease, affecting 1:500 people and often leading to sudden cardiac death at a young age. The only definitive solution for the disease is heart transplantation, since current treatments can only alleviate symptoms by reducing heart rate, blood pressure or the risk of stroke. Greater understanding of the molecular mechanisms of HCM would provide a route for the development of much needed new therapies. However, mechanisms of HCM are poorly understood, often because data obtained from animal models is frequently misinterpreted due to species differences (e.g. mouse heart rates are ten times higher than humans).

Previous work leading into this Fellowship showed that new approaches could be used to model HCM. The emphasis was on the MYH7 gene, which encodes the contractile protein, beta myosin heavy chain. CRISPR/Cas9 engineering was used to make genetic variants of MYH7 in heart cells produced from human pluripotent stem cells – these 'cardiomyocytes' are abbreviated to hPSC-CMs. By conducting detailed analysis, many of the features of HCM could be reproduced in hPSC-CMs carrying mutant variants of MYH7. Importantly, this included the finding that altered expression of many novel long non-coding RNAs (lncRNAs) appeared to be associated with HCM. This enables hypothesis-driven questions to be asked about their relative importance in heart disease.

This Fellowship will test the hypothesis that unveiling the function of these lncRNAs will provide new mechanistic insight and drug targets for HCM. This will be achieved by performing focused experiments to reduce or increase the levels of the lncRNAs in hPSC-CMs, before assessing the impact on cellular behaviour and function. This will help clarify their role in disease progression – whether as disease contributors, cardioprotective agents or as gene modifiers. Finally, the identification and validation of directly interacting proteins with these lncRNAs will shed light into their molecular mechanism, paving the way for future therapies. If replacement of 50% of animals for HCM research could be achieved by validating the human model, this will equate to sparing 2100-5000 animals (of all species) from severe procedures in the next ten years, and would instead generate human-relevant data to further tackle this disease.