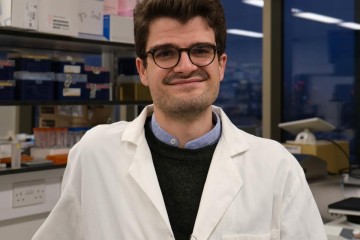 The pancreas consists of two organs in one. The endocrine part houses insulin-secreting cells controlling blood glucose levels and the exocrine part produces enzymes controlling the digestion. Diseases affecting the exocrine pancreas, such as pancreatitis and pancreatic cancer, present dramatic mortality rates, as highlighted by the 95% mortality of patients diagnosed with pancreatic cancer. To alleviate the societal burden caused by these diseases, research teams all over the world are trying to better understand pancreatic diseases and establish early diagnosis and innovative therapeutic strategies. To develop and test the efficacy of these strategies, genetically engineered mouse models replicating most human pathophysiological features are routinely used in research labs. Although necessary for research purposes, the use of these models leads to the culling of thousands of animals worldwide every year.

Organoids are emerging 3D in vitro systems derived from stem cells, which represent a very promising alternative to animal models. Organoids are simplified versions of organs, of which they should recapitulate the physiology and microanatomy. Unfortunately, the pancreatic organoids generated so far do not faithfully recapitulate the pancreas complexity. This strongly limits the adoption of pancreas organoids as valuable replacement models in the labs working on pancreatic diseases. The goal of this project is thus to develop physiologically relevant organoid models for studying pancreatitis and pancreatic cancer in vitro. The formation of the pancreas in the embryo is known to be tightly regulated by its local microenvironment, whose precise composition is still poorly known.

The first goal of the project is to define the pancreas microenvironment observed in embryos and to reproduce it artificially in vitro for the maturation of organoids. To that end, I will use cutting-edge sequencing technologies on mouse embryonic pancreas and precisely define the biochemical cues that compose its microenvironment. I will then use the identified cues to supplement artificial microcavities in which organoids will be cultured. Cultured organoids will be monitored for the acquisition of mature morphological and physiologic pancreatic markers. This approach will allow me to identify the best microcavities composition to mature pancreatic organoids. To model pancreatitis, organoids will be treated with caerulein, a drug used to induce pancreatitis in animal models. To model pancreatic cancer, I will generate organoids using genetically modified stem-cells that over-activate a variant of a gene known to induce pancreatic cancer in mice and humans. I will assess whether the obtained organoids are valuable models to study pancreatitis and pancreatic cancer by comparing their pathophysiological features with those observed in animal models. The completion of this project will surely enable a significant reduction of animal procedures and provide research labs with new tools to screen the effect of next-generation drugs for pancreatic diseases treatment.