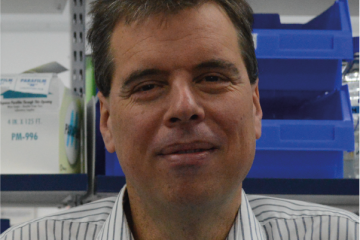 This award aims to replace the use of mice and rats in studies of intellectual disability by generating transgenic Drosophila lines with mutations in OGT, a glycosylation enzyme.

The addition of the sugar O-GlcNAc to specific amino acids on cytosolic and nuclear proteins is catalysed by OGT. Mutations in OGT are known to cause intellectual disabilities but whether this can be attributed to the altered behaviour of the OGT enzyme, the resulting change in O-GlcNAc levels or the loss of O-GlcNAc on specific amino acids within a protein is not well understood. There are a range of rodent models used to investigate O-GlcNAc, one of the more common methods administers an inhibitor via intraperitoneal injection to systemically elevate O-GlcNAc levels. These animals are then used in a range of procedures specific to the clinical phenotype of interest, including intellectual disability. Transgenic animals can also be used to determine the role of O-GlcNAc at specific amino acid sites, which can require a large number of animals to successfully generate the desired mutation and a new transgenic line for every amino acid site of interest. Drosophila has the potential to be used as an alternative animal model as OGT, and many of the biochemical pathways it is involved in are highly conserved from humans to Drosophila.

The student will use CRISPR/Cas9 to generate Drosophila lines carrying mutations in OGT equivalent to those found in patients with intellectual disabilities as new tools for the community. Morphological and behavioural studies will then be carried out to determine the impact of the mutations on neuronal function. Specific proteins will also be edited to prevent O-GlcNAc addition to determine the mechanisms underlying the phenotype. The student will also develop skills in immunohistochemistry, proteomics and transcriptomics.

O-Linked N-acetylglucosamine (O-GlcNAc) transferase (OGT) is an essential enzyme which is solely responsible for the dynamic cytosolic and nuclear O-GlcNAcylation of serine and threonine residues on over 1000 proteins. This modification is removed by a single enzyme, OGlcNAc hydrolase (OGA). Both proteins are essential for mammalian embryonic and perinatal survival, respectively. Recently, mutations in OGT have been identified as causal in intellectual disability syndrome (ID), however, the exact mechanism leading to this disorder are unknown.

This studentship will endeavour to identify how two hypothesised mechanisms contribute to OGT-ID: altered O-GlcNAcylation and altered OGT:protein interactions. To achieve this the student will use Drosophila melanogaster as a model system. OGT is highly conserved from humans to Drosophila, along with many of its interactors, such as the mitochondrial motility protein Milton and periodicity proteins involved in the circadian rhythm. The student will dissect the molecular mechanisms leading to ID through achieving 4 aims:

All aforementioned approaches have been shown to result in elevated OGlcNAcylation. Their efficacy at rescuing phenotypes will be assayed through administration at various developmental stages providing insight into the reversibility of the ID in adult organisms. Together, this studentship will answer many fundamental questions about the role of OGT mutations in the development of ID, establish Drosophila as a model for the functional analysis of single site O-GlcNAc modifications, and guide future research we will conduct on a mammalian system.