NephroScreen: toxicity screening with a human renal cell line in a perfused titerplate 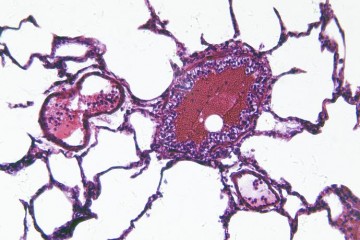 Drug-induced organ toxicity accounts for 30% of all drugs that fail prior to reaching the market. Within this, nephrotoxicity accounts for 2% of failures in the preclinical stages and 19% of all failures in Phase III. There is a significant translational gap between the preclinical models of nephrotoxicity and their predictive value through the clinical stages of drug development.

The team at Radboud University Medical Centre developed the NephroScreen containing polarized human proximal tubule cells in a multicompartmental microfluidic titerplate, as a better predictive in vitro system for drug-induced kidney toxicity (DIKI). During Phase 1, they demonstrated that culturing the stable human renal cell line ciPTEC in a microfluidic microtiter plate (OrganoPlate®) provides robust renal toxicity testing. The ciPTEC, cultured under perfused conditions, are accessed from both apical and basal sides. Each plate contains 96 tubules for individual analysis in situ and sampling for high-throughput screening of DIKI. The intact function of renal transporters and metabolic enzymes combined with specific responses to nephrotoxicants demonstrated the toxicological relevance of our system. NephroScreen allowed detection of toxicity markers, renal transport function and leakage markers. High reproducibility in two independent labs demonstrated robustness of the system. CiPTECs viability over prolonged (≥ 3 weeks) periods of time was demonstrated.

During Phase 2, the NephroScreen will be validated against current in vitro benchmarks and known clinical data. The team will demonstrate reproducibility with a range of biomarkers and cell functionalities.

Ultimately, the NephroScreen will be commercialised as an in vitro renal toxicity screenings tool to answer the ambition to provide a better alternative to animal studies both in terms of throughput, costs and predictability.