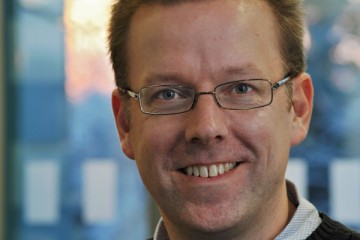 The function of genes and their role in biological processes can be studied by knocking out both copies of the gene in a relevant biological system. If the gene function plays a role in complex biological processes such as the immune system, or influences behaviour, then animal models are often necessary to fully explore the gene function. Recent advances in genome editing allow genetically modified (GM) mouse models to be generated by microinjecting mouse zygotes with CRISPR/Cas9. However, after the microinjection the founder mice generated are frequently mosaic with many different mutations present within the mouse. This is because the Cas9 enzyme frequently remains active after the one-cell zygote embryonic development stage and continues to cut DNA leading to different mutations in each of the daughter cells. This makes it necessary to generate offspring from the founders, firstly to obtain the desired mutation and secondly, to breed mice in which the mutation is present throughout the organism. The necessity and extent of this breeding does increase the number of mice used when implementing this new genome editing technology. Furthermore, the activity of the Cas9 enzyme also creates issues when introducing a specific mutation into a target gene, as there is also a possibility for a second mutation in the other copy of the targeted gene. This can lead to a more severe phenotype in the founder animal with associated implications for welfare.

This Project Grant aims to reduce the number of mice required to develop a GM model of interest, with a desired mutation, by developing new approaches for the CRISPR/Cas9 system.

Reducing mosaicism in CRISPR/Cas9 generated GM mice can potentially reduce the number of breeding procedures following the creation of the founder generation. Currently the production of a specific mutation in a GM mouse requires approximately five founders to be created. All five founders, which are commonly mosaic, require breeding with wild type mice to produce offspring with the wanted mutations. Each founder produces a litter with an average of six offspring, which are then genotyped, so a total of 30 mice are bred for each model generated. Dr Davies estimates by eliminating mosaicism, only two founders need to be generated to provide mutations of interest reducing the number of mice required to 12, a reduction of 60%. After conducting a survey of a number of transgenic facilities, Dr Davies estimates 6,800 mouse models are being generated by CRISPR/Cas9 annually. This gives a potential for a reduction of 122,400 mice per year worldwide.

To eliminate mosaicism, this project aims to limit the activity of Cas9 to the one-cell embryo stage. The Cas9 enzyme will be fused to a regulatory domain to restrict its activity and two different types of regulatory domain will be investigated. The first domain is a cell-cycle regulatory domain, which leads to the degradation of Cas9 during cell division so limiting activity to only the one-cell embryo. The second approach uses a destabilising domain that results in degradation of Cas9 when a ligand is removed from the culture media. If this ligand was removed from embryo culture media at the appropriate time, Cas9 activity could again be limited to the one-cell embryo. The mode of Cas9 delivery will also be investigated to determine whether supplying the destabilised Cas9, either genetically or by protein, can influence the mosaicism observed in the GM mouse.