Stem cell-derived cardiomyocytes for detection of cardiotoxicity in cancer therapeutics 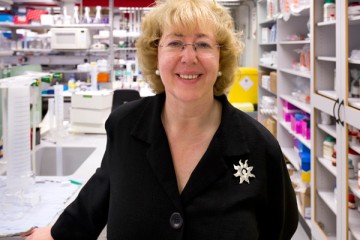 Chemotherapeutic agents have a history of inducing congestive heart failure, and this has increased rather than decreased as more specific and effective anti-tumour agents have been introduced. More than a quarter of patients in some cancer clinical trials have been affected, and heart problems are a frequent barrier to increased dose of chemotherapy. Discoveries about cardiac biology and intrinsic or extrinsic stem-cell-mediated cardiac repair provide possible explanations for the observations. Angiogenic effects of exogenous stem cells have been shown to bring about cardiac repair, while anti-angiogenic mechanisms underlie the anti-tumour actions of monoclonal antibodies such as bevacizumab. Tyrosine kinase inhibitors can induce apoptosis in tumour cells, but down-regulate protective pathways in cardiomyocytes. Cancer stem cells are targeted as initiators of metastasis, while cardiac stem cells may bring about low level continuous repair. A particular problem is the inability of present animal screens to reliably detect cardiotoxicity of anti-tumour agents. This may be because many therapies are now humanized, such as monoclonal antibodies, or because effects that develop in the long term are exacerbated by underlying cardiac damage or are revealed when combinations of agents are used have not been well modelled. We hypothesise that cardiomyocytes generated from human embryonic stem cells, or induced pluripotent cells, will be a superior model to screen for cardiotoxicity of chemotherapeutic agents. We have shown that human stem-cell-derived cardiomyocytes have the potential to mimic the adult normal or failing human cardiomyocytes, as well as the more highly proliferative intrinsic cardiac progenitor cells. We have characterized these cells in terms of apoptosis, necrosis, hypertrophy and proliferation, and have optimized assays for a High Content High Throughput microscopy system. In this project we will test a number of cardiotoxic and non-cardiotoxic chemotherapeutic agents using the customized assays. We will use libraries of siRNA and kinase inhibitors to dissect mechanisms of those agents shown to cause toxicity. In addition, we will use stem cell-derived endothelial-like cells for an anti-angiogenic assay. Finally, our links with Stem cells for Safer Medicines will allow the testing of compounds which passed animal screens but which subsequently proved to be cardiotoxic. Our interaction with this consortium gives a path for introductions of any developed high throughput assays for use in pharmaceutical companies which, in addition to reduction of academic experimental work in this area, has the potential to decrease enormously the number and severity of animal experiments.