Towards an open-source, equipment-agnostic framework for automated welfare monitoring in the home cage 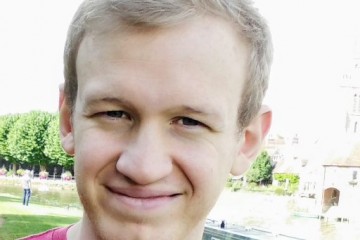 This award aims to refine humane endpoints for experiments using laboratory mice by developing a machine learning tool to recognise changes in behaviour that may indicate a concern for welfare.

Mice are the most commonly used laboratory animal in the UK with over one million used in experimental procedures in 2018. Of these procedures, 35% were classified as moderate severity and 7% as severe under the UK’s Animals (Scientific Procedures) Act 1986 due to the level of suffering caused. Early identification of poor animal welfare is important so interventions can be taken to minimise suffering. Mice are prey species and conceal signs of suffering to avoid being predated. In the laboratory environment identifying changes in behaviour or other signs of poor welfare can be difficult, particularly as most checks are conducted during the working day when mice, which are nocturnal, are usually less active. Automated systems have been developed to record mouse behaviours in the cage without the need to move animals to specific test arena. These have the advantage of avoiding stressing the mice, providing the opportunity to assess natural behaviours and deviations that may be of concern. One example of automated home cage monitoring, is the Home Cage Analyser (HCA) system developed through the Rodent Little Brother CRACK IT Challenge. This allows for 24/7 minimally invasive recording of mice without needing to remove them from their home cage or social group.

The student will work with Dr James Brown to develop a software alert system that flags to researchers and animal care staff changes in behaviour and is suitable for use with any type of recording equipment. The deep learning model will be trained using footage from an HCA at MRC Harwell, in collaboration with Dr Sara Wells. The software will be made open source with a number of models pre-trained to recognise wild type behaviours available for use.

The moral implications of using mice and other higher animals in biomedical research has been a topic of debate for many years and has steered various efforts towards minimising animal suffering. As the number of mice used in biomedical research continues to rise, there is greater emphasis than ever on approaches to refine husbandry protocols and humane endpoints to ensure that welfare concerns are dealt with swiftly and efficiently.

Home cage monitoring has been proposed as a means capturing animal behaviour through the light and dark phases so that welfare deficits might be captured without the need for human intervention. Several commercial and non-commercial systems have been designed to capture video footage (and other data) of mice that offer several advantages over conventional experimental designs:

1) Behaviours can be captured in a familiar, enriched environment

2) Observations are not confounded by novel apparatus or human experimenters

3) It serves as a permanent digital record

The challenge that remains in the context of home cage analysis (HCA) is the ability to analyse video footage in a manner that is fully-automated, comprehensive, robust, and computationally efficient. Under this proposal, the successful studentship awardee will develop a solution to the problem of automated HCA based on deep learning; a state-of-the-art approach to computer vision problems that utilises computational models inspired by the human visual cortex. The technique will be based on the "anomaly detection", whereby a model is initially trained to capture the range of possible behaviours exhibited by mice under normal circumstances (i.e., without welfare deficits). The methods works by learning to produce a set of visual and motion features that describe the behaviours of the mice, and then having the same model attempt to "reconstruct" the input clip from the features. In doing so, the model is forced to capture only key information about normal behaviour. Given that video clips depicting welfare deficits are visually different normal behaviours by definition, the model will be less capable of representing those data.

Dr James Brown will be the primary supervisor of this work, who has a strong record of interdisciplinary research involving mouse models. Dr Brown has previously worked with the Mary Lyon Centre - a collaborator on this project - on development 3D image analysis techniques for mouse embryo phenotyping. Dr Brown has recently published several high-impact articles on machine learning techniques for the diagnosis of retinal disease, and is currently seeking approval from the US Food & Drug Administration.

Prof Xujiong Ye will co-supervise this project, bringing more than 20 years' experience in computer vision and medical image analysis in both industry and academia. The methods outlined in this proposal align well recent work published Prof Ye on the development of algorithms to track and assess the welfare of farmyard pigs from top-down video footage.