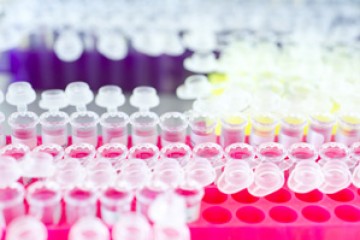 This award aims to pre-screen anti-parasitic compounds for coccidiosis in vitro replacing the need for some chickens in drug evaluation trials.

Coccidiosis is a global poultry disease caused by single-celled parasites that costs over £10 billion in lost revenue annually. The parasites damage the chicken gut wall causing weight loss and diarrhea with severe infections potentially resulting in bleeding into the gut and anaemia. Currently, the only way to test new therapeutics is by infecting animals. Dr Virginia Marugan-Hernandez has developed an in vitro screening method to eliminate early in development compounds with limited efficacy, so that they do not progress to in vivo testing. Virginia has used the methods in her laboratory to evaluate the anti-parasitic properties of two essential oils reducing the number of chickens used by two-thirds (from 540 to 180 animals). The in vitro screening stage can also be used to inform treatment strategies, including dosage timings and numbers, further reducing the need for in vivo testing.

Virginia will now transfer the method to SALUVET-innova, an SME spun-out of the Complutense University of Madrid. SALUVET-innova will offer the in vitro pre-screening stage as a service to other companies and research institutions. Initially, they will work with two other R&D companies working on novel compounds for coccidiosis to test these in vitro before these are progressed to in vivo trials.