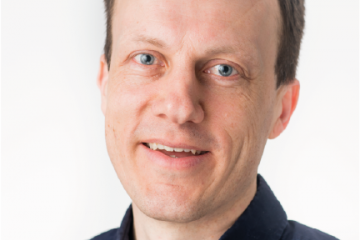 This award aims to develop a nervous system-specific Drosophila model of Leigh Syndrome, a mitochondrial disease, to replace the use of mouse models.

Mitochondrial diseases are inherited metabolic disorders with a wide range of symptoms but typically affect the nervous system, including the brain. The neurological symptoms of mitochondrial disease are often associated with altered cellular metabolic processes and reduced levels of adenosine triphosphate (ATP). Mitochondrial dysfunction can be modelled in vivo in zebrafish, rats and monkeys, but mice are most commonly used. Animals are treated with mitochondrial toxins or transgenic animals bred with deletions in mitochondrial genes to replicate mitochondrial dysfunction. Transgenic animals have early onset neurodegeneration, which results in reduced locomotion and a lack of muscle control and humane endpoints are used to prevent unnecessary suffering. Mitochondria are highly conserved between vertebrates and invertebrates and the genetic tractability of Drosophila enables knockdown or overexpression of specific metabolic enzymes. Based on current thinking, Drosophila are not considered capable of suffering and therefore provide a partial replacement for the use of other animals.

The student will generate Drosophila lines with mutations in metabolic enzymes to determine how resultant changes in mitochondrial signaling contribute to Leigh Syndrome pathogenesis. All fly lines generated will be deposited to enable uptake by the research community. To build confidence in the model and encourage uptake, the developed overexpression and knockdown Drosophila lines will be used to screen for new therapeutic targets for Leigh Syndrome and validated using historic mouse data. The student will develop skills in metabolomics, quantitative PCR and microscopy techniques.

Our project aims to determine how mitochondrial stress signalling regulates specific metabolites that contribute to pathogenesis in mitochondrial disease. The complex genetics required to validate potentially pathogenic metabolites is extremely laborious and costly in mice and, due to the severe phenotypes of mouse mitochondrial disease models, results in significant animal suffering. Using our fly model, we can knockdown or overexpress key metabolic enzymes to rapidly identify and genetically validate the therapeutic potential of specific metabolites. Rather than being used to screen a wide variety of potential targets requiring large numbers of animals, mouse models can then be focused on specific metabolic pathways that have been validated in our fly model. The best characterised Leigh syndrome mouse model, the Ndufs4 knockout (KO) mouse, suffers from early onset neurodegeneration, reduced locomotion and ataxia starting at five weeks of age, and death at seven weeks. We use around 200 Ndufs4 KO mice annually, under a Home Office Licence Moderate Protocol. We estimate that this project will result in replacement of ~60 Ndufs4 KO mice per year by ourselves. Moreover, based animal use by potential collaborators in Europe and the USA using Ndufs4 KO and other animal models of mitochondrial disease, who in total use around 1000 mice per year, our project would result in the replacement of ~200 mice per year in these labs. Our project will therefore accelerate the identification of new therapeutic targets and reduce animal suffering.