The use of honeybees to screen for toxins 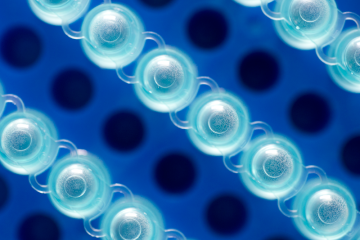 This research aimed to assess the potential of the honeybee for development as a bioassay to replace the use of rats and mice in screening toxins in food.

Screening for chemical toxins in food, such as shellfish toxins, and in emergency responses to suspected deliberate food contamination by chemicals, to protect public health, is currently reliant on vertebrate testing, such as the mouse bioassay (MBA). Replacements for the MBA have been proposed, such as analytical or cell culture techniques, but these have significant limitations. For example, only providing data on levels of individual toxins, but not cumulative or interactive toxic effects.

Studies have shown that honeybees can be up to 100-fold more sensitive to neurotoxins than rats. If the honeybee is similarly sensitive to shellfish toxins or toxic pesticides they could replace large numbers of rodents currently used in contamination screening.

The study assessed the relative susceptibility of the honeybee to a range of shellfish toxins and acutely toxic pesticides preparations. To test bees’ reactions, toxins were mixed with a sucrose solution (50% w/v), or as a preparation of yogurt mixed 1:1 with a sucrose solution to mimic the effect of protein and fats in food, and administered orally. Toxin preparations were placed into a petri dish containing ten bees. After four hours the feeders were removed and weighed and the bees fed with untreated sucrose for the remainder of the study. Mortality was assessed over 48 hours using a range of doses, generating a dose-response curve.

Relative toxicity in honeybees was compared with data from rats and mice to assess their utility as a potential replacement.

This research has demonstrated the toxicity of the wide range of acutely toxic pesticides to honeybees, suggesting that, for some toxins, they could be developed as a toxicity screening bioassay, replacing current rat and mouse studies. Further development of an invertebrate bioassay screen for deliberate chemical contamination of food may be practical. However, more work is required.

Screening for chemical toxins in food, e.g. shellfish toxins, and emergency responses to suspected deliberate food contamination by chemicals is currently reliant on vertebrate testing, primarily in rats and mice. Currently the mouse bioassay is the only recognised technique for screening for shellfish toxins across Europe and it has been reported that 75% of mouse bioassays in the UK are negative.

There have been several approaches proposed to replacement of this bioassay for detection of toxins, such as analytical or cell culture techniques but these have significant limitations. For example, analytical techniques can provide information on the amounts of individual toxins present but not on the cumulative or interactive effects of the components. If analytical approaches are to be used efficiently knowledge is required of the toxicity of the contaminant in vivo. To provide such a calibration based on, highly variable, relative proportions of components would require a significant amount of additional animal testing.

Therefore, the development of an alternative sensitive non vertebrate animal model would have significant advantages both in screening and in providing information on the relative toxicity of components in mixtures to aid analytical approaches. The use of honeybees as replacements for vertebrate testing offers significant advantages over other methods, such as cell cultures, as it offers a whole organism approach. The use of an animal model allows for integrated responses to multiple toxins in a single exposure and in vivo metabolism, such as the activation of organophosphorus compounds to their active oxon form.

A pilot study has shown that honeybees are very sensitive to neurotoxins, including the organophosphorus pesticides which act through the inhibition of acetylcholinesterase and the pyrethroid compounds which act through blocking the sodium channels. They have been shown to be 10-100 fold more sensitive than rats to these types of compounds. This study would aim to assess the relative susceptibility of honeybees to a range of shellfish toxins and acutely toxic pesticides, and would aim to develop a bioassay that could replace the current large numbers of animals used in screening endogenous acute toxins in food and detect deliberate contamination of food by acutely toxic chemicals.