Most animals used in scientific research and testing will be killed at the end of the study. Some animals may die as a direct result of experimental studies; however it is now considered unacceptable in almost all cases to use death as an endpoint. The vast majority of animals will be deliberately killed either because they have completed the study in which they were used, because they have reached an endpoint, or in some cases because they are surplus to requirements (due to overbreeding or the production of genetically altered animals with an undesired genotype, for instance). The careful selection of the method by which animals are killed is imperative to ensure that the animals are given the most humane death possible.

The killing of laboratory animals is often referred to as euthanasia, which literally means “a good death”. Since the use of the phrase euthanasia carries with it connotations of the ending of suffering for the benefit of the individual animal, which is not always the reason that laboratory animals are killed, it is more accurate to use the word killing in the laboratory setting. In the EU and UK all legislation refers to killing of laboratory animals rather than euthanasia. The European Directive on the protection of animals used for scientific purposes (2010/63/EU) explicitly states that “Member States shall ensure that animals are killed with minimum pain, suffering and distress.” In the case of laboratory animals their death must also allow the scientific aims of the study to be achieved, which may dictate the way in which they are killed. In some cases this may mean that a technique which is not the most humane may be justified to achieve the aims of a study. For example, it may be necessary to use a physical method to kill an animal from which biochemical samples are required because an anaesthetic overdose could confound the results. Like all procedures performed on laboratory animals, the harms to the animal of the killing technique must be weighed against the benefits of the use of the animal.

In the UK, the killing of animals protected by the Animals (Scientific Procedures) Act 1986 is regulated by Schedule 1 of the Act. Schedule 1 permits various methods to be used to kill animals by any person who has been assessed as competent to use a specified technique on a particular species without a personal licence. The techniques which are permissible for various species and developmental stages are listed in the Schedule. It should be noted some methods appropriate for killing adult animals are inappropriate for neonatal or embryonic forms and vice versa. Methods other than those specified in Schedule 1 can be used for a number of reasons:

The Establishment Licence Holder is responsible for ensuring anyone performing euthanasia under Schedule 1 is trained and that sufficient trained personnel are available to kill animals if necessary. A register of the techniques and species for which personnel have been assessed as competent must be maintained at the establishment.

Regardless of the technique used or the regulations under which it is authorised, in all cases the death of the animal must be confirmed by one of the secondary methods listed in Schedule 1, to ensure that the possibility of the animal recovering consciousness is excluded.

Many killing techniques are controversial in terms of animal welfare. For example:

The uncertainty about many methods means that the most humane method according to the current evidence should be selected and that the literature should be kept under regular review by all involved to ensure that best practice is followed.

Whilst it should not dictate the choice of method at the expense of animal welfare, the effect of carrying out humane killing upon the personnel who perform the procedure should not be neglected. Many people find the process of killing animals upsetting. In particular, in many cases personnel may have worked closely with animals for extended periods of time, forming close bonds with the animals which they will eventually have to kill. Where techniques are equally humane the method which is most acceptable to the staff who must perform it should be selected. Training and monitoring of staff who regularly kill animals should be on-going to ensure that they are competent and willing to perform the required techniques and that they are not unduly affected by performing the procedures.

The issues surrounding the methods used to kill laboratory rodents and fish have been discussed in detail at two NC3Rs sponsored meetings:

Principles and techniques for humane killing of laboratory animals, aligned with the learning objectives in EU Module 6. 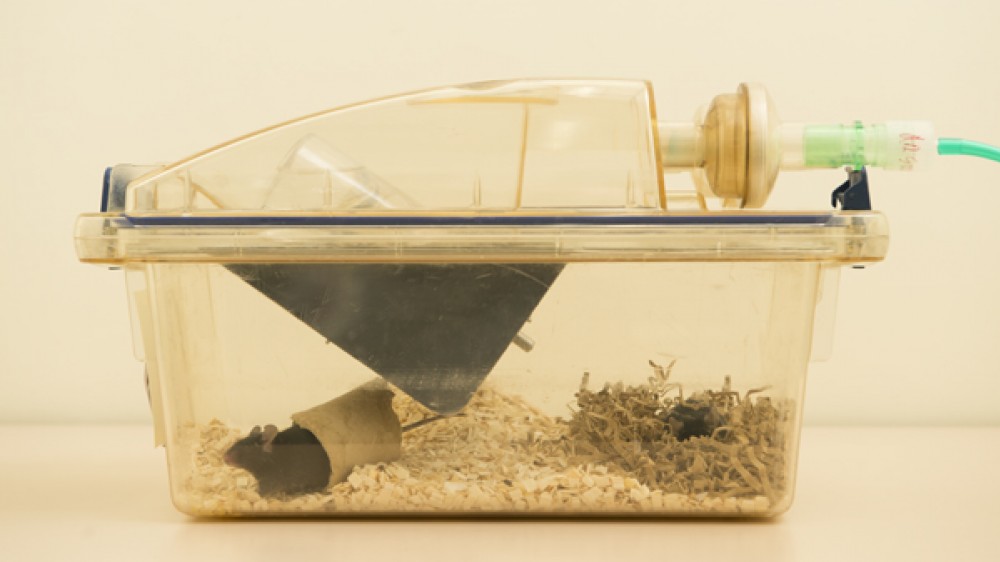