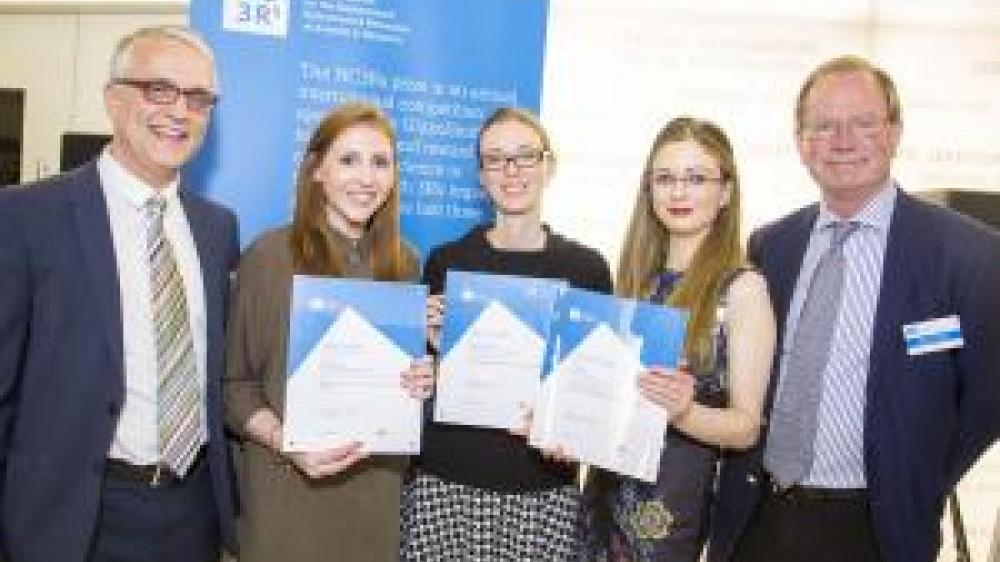 Three pieces of outstanding published research with 3Rs impacts have been given awards in this year’s 3Rs Prize competition, run by the NC3Rs, and sponsored by GlaxoSmithKline (GSK)

The Prize ceremony is taking place today (29 February) with 150 guests from across the scientific community attending. The 3Rs Prize is part of NC3Rs strategy to recognise excellence in science which minimises animal use or improves animal welfare.

Two papers were declared joint winners of the 2015 Prize. The first describes a 3D model of the embryonic human brain created from stem cells. These so-called ‘cerebral organoids’ represent a major scientific breakthrough because for the first time the complexity and structure of the developing brain has been replicated in vitro. This has significant implications not only for studying neurological diseases but also for replacing some animal studies.

The second paper awarded the top prize focuses on the application of a framework to assess the welfare of the laboratory dog based on their behaviour, health and psychological well-being. The framework was used to validate a refined procedure for administering substances to dogs during the testing of new drugs. Gavage – the use a thin tube temporarily inserted into the stomach via the mouth – is a common procedure for delivering drugs and this work has the potential to minimise stress in thousands of dogs used in testing worldwide.

A highly commended award was also made for a paper describing the development of ‘personalised’ organoids of colorectal cancer derived from the patients’ own tissue. The collection of organoids represents the main mutations causing cancer and therefore could be used to test drugs, and identify drug combinations suitable for specific patients. Such studies are traditionally carried out in mice where samples of human tumours are implanted under the skin and the ability of various treatments to inhibit the growth and spread of the tumour are studied.

Dr Madeline Lancaster, from the MRC Laboratory of Molecular Biology in Cambridge, has developed the first 3D model where brain tissue is able to spontaneously self-organise to form a structure resembling the human embryonic brain. The findings from her work with Professor Juergen Knoblich, at the Institute for Molecular Biotechnology in Vienna, have been published in Nature.

The suitability of animal models in studying brain development and disease can be limited, as the brains of commonly used animals such as rats and mice are less complex and lack crucial components present in the human brain. The cerebral organoids are a major step towards reducing reliance on animals in studying neurological diseases and the development of new treatments.

The paper also describes how the cerebral organoids can be used to model human microcephaly, a disorder recently in the news because of its association with the Zika virus outbreak. The researchers observed that organoids created from patient-derived induced pluripotent stem cells were abnormally small, consistent with the smaller brains seen in microcephaly patients. Further investigation revealed a defect in a specific neural stem cell population causing patient-derived organoids to generate neurons too early and eventually become depleted, leading to an overall smaller structure.

Dr Lancaster, who has recently given a TEDx talk about her research, said: “This award is truly an honour and will make an important difference in my lab’s effort to study human brain development and disease. The recognition highlights the power of in vitro methods, such as organoids, for modelling human disease, and I hope it will encourage others to utilise similar in vitro methods with 3Rs benefits. Currently at least 16 other labs are using the brain organoid method and are beginning to make important findings. Although these are still early days, we are hopeful that in the future it could be developed to model psychiatric disorders and even the ageing brain and neurodegeneration.”

The work of Dr Laura Hall, University of Stirling, in collaboration with AstraZeneca improves the technique of oral dosing in dogs. The paper, published in the Journal of Pharmacological and Toxicological Methods, demonstrates that a refined protocol using positive reinforcement training with food rewards, a signal for dosing, and covering the dosing tube in palatable paste during training, minimises stress in the dogs compared to the standard approach, and also has the advantages of allowing researchers to dose the dogs more quickly and efficiently.

Most laboratory dogs in the UK are used for safety testing, and oral dosing is one of the most common procedures used during these tests. Typically, prior to testing of the drugs the dogs are ‘sham’ dosed in order to familiarise the animals with the gavage procedure. The assumption is that this minimises any stress the dogs may subsequently experience. However, this paper provides evidence to show that sham dosing has a negative impact on welfare. This may have implications for sham dosing in other species.

Dr Hall, who is about to launch her own website, Refining Dog Care, to disseminate the results of this work, said: “Over 3,500 dogs are used in research and testing in the UK every year, and yet we know little about their welfare or the effect of welfare on the data obtained from their use. I am delighted that the NC3Rs has recognised the importance of this research for the welfare of laboratory housed dogs. We are now building upon our collaboration with AstraZeneca by working with organisations using dogs in the UK to develop further refinements and share best practice.”

Dr Hayley Francies from the Wellcome Trust Sanger Institute has also received a highly commended award for her work published in Cell on the characterisation of a biobank of colorectal cancer organoids. The study showed that the organoids accurately reflected the molecular features and diversity seen in the original tumours, and importantly that the biobank could be used for drug testing. More than 80 commonly used or experimental drugs for cancer were tested in the biobank. The organoids have the potential to reduce animal use in cancer research.

Dr Francies said: “Cancer organoids are an important new tool in the armoury of cancer biologists. We are beginning to derive large numbers of organoids from multiple cancer types, in the hope of capturing the genomic diversity of cancer, while also conducting drug screens to identify novel therapies and molecular biomarkers that predict patient drug sensitivity and resistance. We hope this work will support the utility of organoids in drug development where organoid cultures could help bridge the gap between cell lines and rodent models by encompassing aspects of the tumour complexity generally found only in in vivo systems.”

Recognising and rewarding excellence in the 3Rs – the annual NC3Rs Prize

Sponsored by GlaxoSmithKline, the international NC3Rs Prize is awarded every year to the authors of an original research paper published within the last three years with outstanding scientific or technological potential to replace, reduce or refine the use of animals in research. Applications are judged by an expert Panel. The prize consists of a grant of £18k, plus a personal award of £2k. Highly-commended entries receive a £4k grant and £1k personal award.

Paul-Peter Tak, Senior Vice President of R&D at GSK, said: “At GSK, we’re committed to the care, welfare and treatment of the animals we use in researching and developing new treatments, and we replace, reduce and refine animal studies wherever possible. The NC3Rs is key to supporting advances in the 3Rs and we’re proud to support this prize to encourage innovation in such a critical area.”

Professor Ian Kimber OBE chair of the Prize Panel, said: “The task of the Panel in reaching decisions about the annual NC3Rs prize is always formidable, but this year was more challenging than ever. There were some outstanding nominations describing truly ground-breaking research. On this occasion, for the first time, two awards have been made. The substantial achievements made by these joint winners are very different, and serve to illustrate the breadth of the science that can impact on the 3Rs. The Panel congratulate the winners, and the highly commended awardee, for their remarkable work.”

Funding: The work was supported by the Austrian Academy of Sciences and the Austrian Science Fund (FWF), and post-doctoral fellowships from EMBO and the Helen Hay Whitney Foundation (HHWF).

Funding: The work was supported by the BBSRC.

Funding: The work was supported by the Dutch Cancer Society. 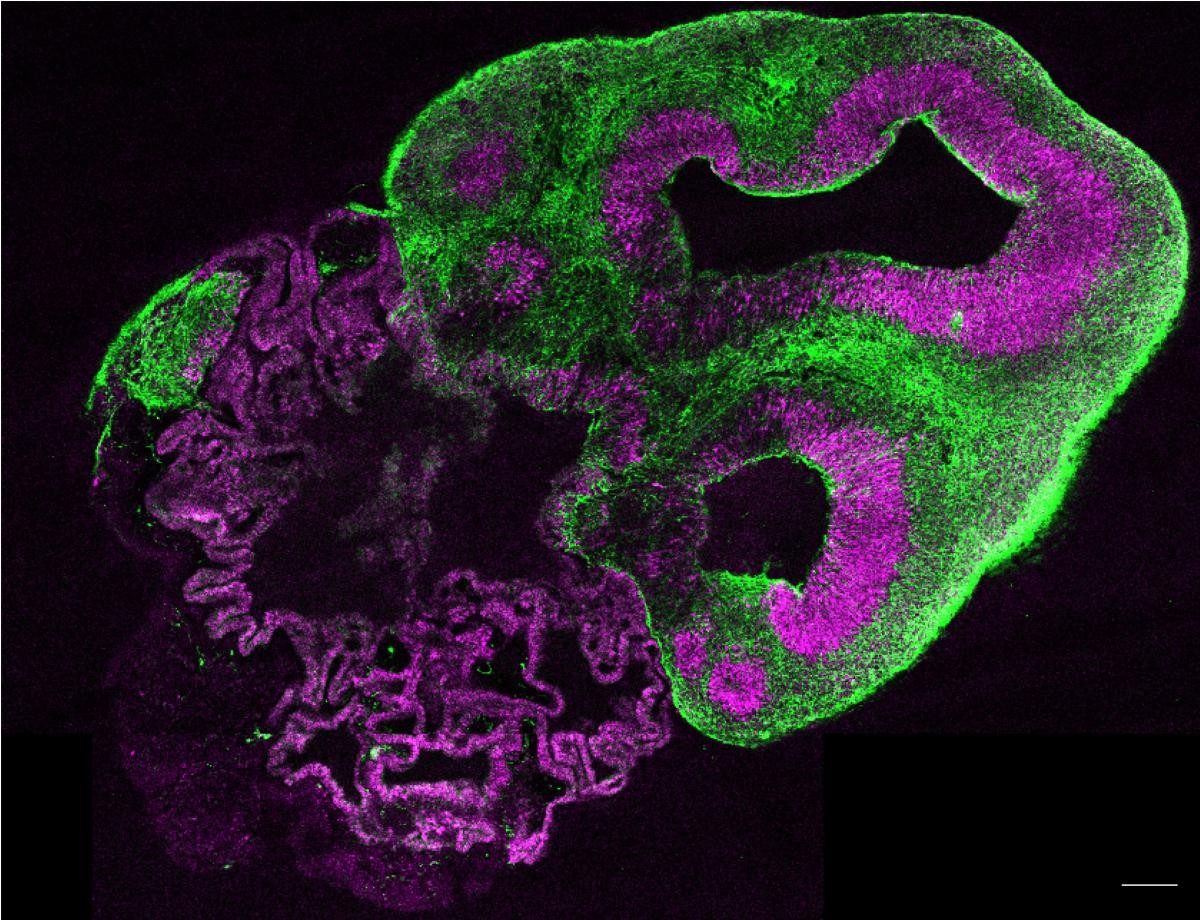 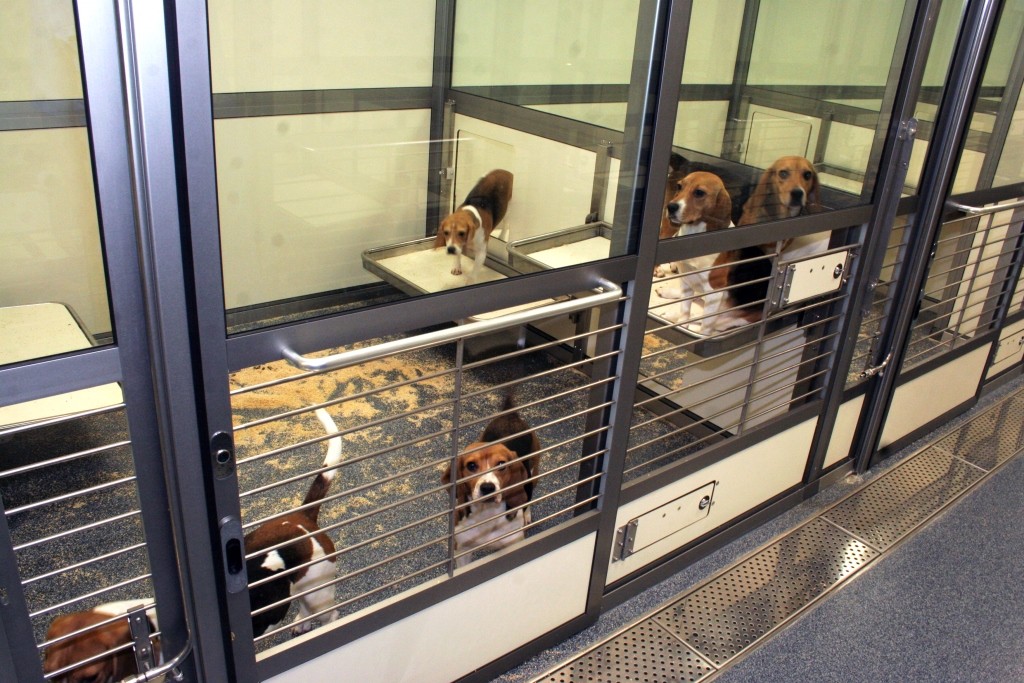 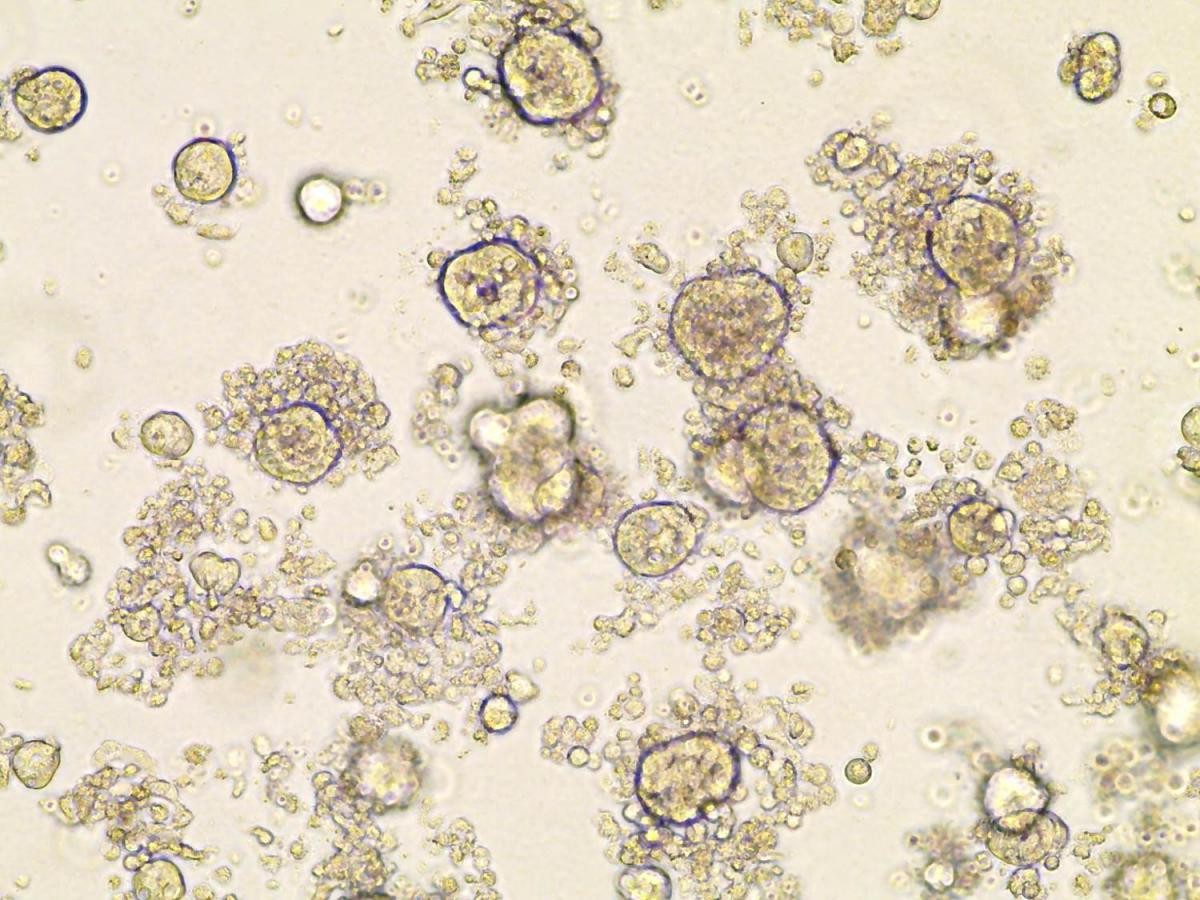