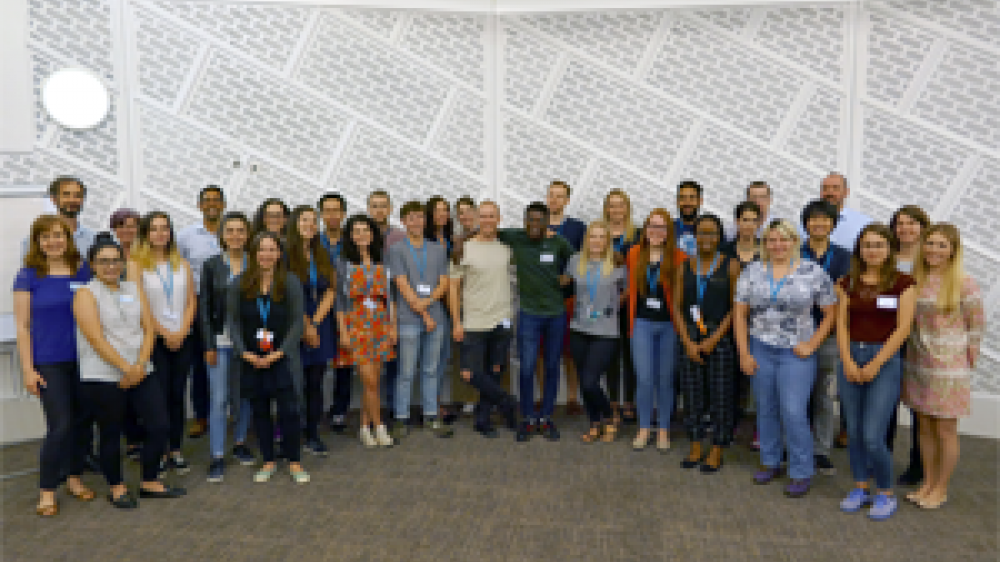 This year’s Summer School brought together 24 PhD students who were either NC3Rs-funded or from the universities of Liverpool, Manchester and Sheffield (universities who co-fund Dr Kamar Ameen-Ali’s Regional Programme Manager position). We spoke to some of the students and they shared with us their impressions of the three eventful days.

Networking and interaction with students and NC3Rs staff

Rachel Tribbick, Lancaster University: The NC3Rs Summer School started with student presentations, so we all had a chance to hear about the work of the other students. This was really helpful for identifying potential collaborators, especially for me as a statistician, since I could listen out for people who will be collecting data which I am developing analysis methods for. We also had lots of group activities and so I had a chance to talk to everyone. I'm looking forward to working with these students in the near future! Read more about Rachel’s PhD project. 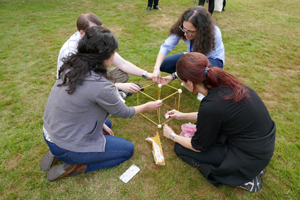 Hammed Badmos, University of Liverpool: The Summer School was, by design, a brilliant experience for networking. It allowed me to make new friends and engage with other students from different areas of biological sciences. During the course of the academic task, I was in a group of creative students where we had some fruitful discussions and later came up with a convincing multi-model approach towards replacing and refining the existing models used in stroke research. The teamwork exercises spanned from the classroom to sporting activities. I was also happy to play my first game of bowling!

Sophie Roberts, University of Leeds: The Summer School largely advanced my 3Rs knowledge, in particular regarding refinement, as my PhD project does not involve animal work and it was the ‘R’ I was least knowledgeable about. The activities were all really engaging and gave opportunity to think outside the box of potential replacements for animal models in the future. Finally, I was able to meet the people behind the NC3Rs and see the enthusiasm and dedication they all have to what it stands for and can now take this forward into the rest of my PhD. Read more about Sophie’s PhD project.

Emma Biglin, University of Manchester: Overall, I thought the content of all the workshops and activities were extremely useful, with advice about managing the PhD in general and then how the NC3Rs can help. Being involved in a lot of outreach projects I am often asked about my research so the Communicating your science to the public workshop was extremely useful, especially when we were made to summarise our projects in ten seconds! Another particularly useful talk was Communicating 3Rs research, with advice about answering those potentially difficult questions about animals in research and who the NC3Rs are. Read more about Emma’s PhD project. 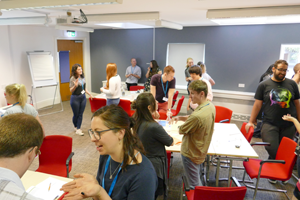 Emma Biglin, University of Manchester: The Summer School provided an opportunity to meet Kam (the NC3Rs Regional Programme Manager) and the other NC3Rs-funded students across the North West and Yorkshire. From the student presentations on the first day I have a wider understanding of the different ways the 3Rs can be incorporated into research. I also now have a better idea of the NC3Rs resources that are available to help me during my PhD. 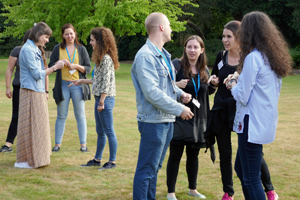 Ffion Hammond, University of Sheffield: As a PhD student who isn’t funded by the NC3Rs, I feel that I really benefitted from this event – there was a wide variety of useful workshops and lots of networking opportunities. The workshops were very valuable not only in providing advice for experimental design, guidance for communicating your research, but also managing a PhD and career advice. It was great to see what research areas students from both within and outside the NC3Rs cohort were tackling.

Finding out more about the 3Rs and the NC3Rs

Hammed Badmos, University of Liverpool: Before the Summer School, the general impression in our lab was that the NC3Rs is mostly about animal welfare. However, after the Summer School, I had a chance to convey to my lab members, including my supervisors, that the NC3Rs mission also includes the better utilisation of non-mammalian models for reproducible research. I also highlighted the fantastic tools available through the NC3Rs which include the Experimental Design Assistant, the ARRIVE guidelines and the NC3Rs gateway, powered by F1000Research. 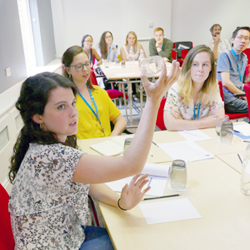 Ffion Hammond, University of Sheffield: The Summer School has changed my perceptions of the NC3Rs because I was previously unaware of how they have made such an impact in both academia and industry. I did not realise how many NC3Rs projects did not use animal models at all, focusing on in vitro or replacement models like invertebrates and zebrafish larvae.

Natasha Motsi, Imperial College London: The Summer School taught me that NC3Rs are in support of good research which brings meaningful results that can be used to advance science. When research involves the use of animals, the emphasis of the NC3Rs is to ensure the animals are treated in the most ethical manner possible to ensure the welfare of the animal and attainment of reliable and reproducible results. I also learnt that the NC3Rs not only supports research which reduces and replaces the use of animals in research, but also research which actively promotes the welfare of animals in research. All in all, the NC3Rs came across as an organisation open to discussion about these fundamental issues which I found very refreshing. Read more about Natasha’s PhD project.

Sophie Roberts, University of Leeds: I always understood what I was trying to do with my project, to reduce animal use in the lab. However, I now have more context as to why there is such a necessity, both scientifically and ethically. I’ll be able to use the information and ideas provided by the Summer School to portray why it is so important to reduce animal use, and support how you tackle potential misconceptions and concerns about alternatives to animal research. There will undoubtedly be resistance to replacing animal models completely, but if the new generation of scientists is ‘3Rs-minded’ there is no reason this cannot happen in the future. 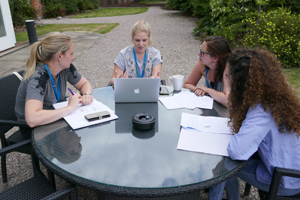 Rachel Tribbick, Lancaster University: As well as finding potential collaborations, the Summer School introduced me to the NC3Rs gateway, which will be a useful platform for me to keep up to date with and potentially publish in. I also learnt about the potential for us to write up some of our research in the form of blog posts for the NC3Rs website – I am really interested in exploring this opportunity further. The staff members were really supportive, and offered to review our publications with the 3Rs in mind, which is something I will definitely take advantage of. 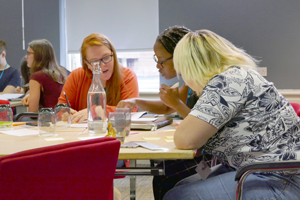 Natasha Motsi, Imperial College London: The various workshops we attended during the Summer School are still ingrained in my brain (and the notes are in my book in case that changes!). I was able to immediately apply the workshop on time-management to my PhD project. Although I have not yet started in vivo work, I find myself thinking about study design and whether the number of animals used could have been reduced in the literature I read. I’m eager to suggest animal enrichment practices once I become more aware of animal handling practices in our lab. I am confident I will use the materials provided at the summer school for the duration of my PhD, and past that point. It was a brilliant experience and I would recommend it to every life scientist.