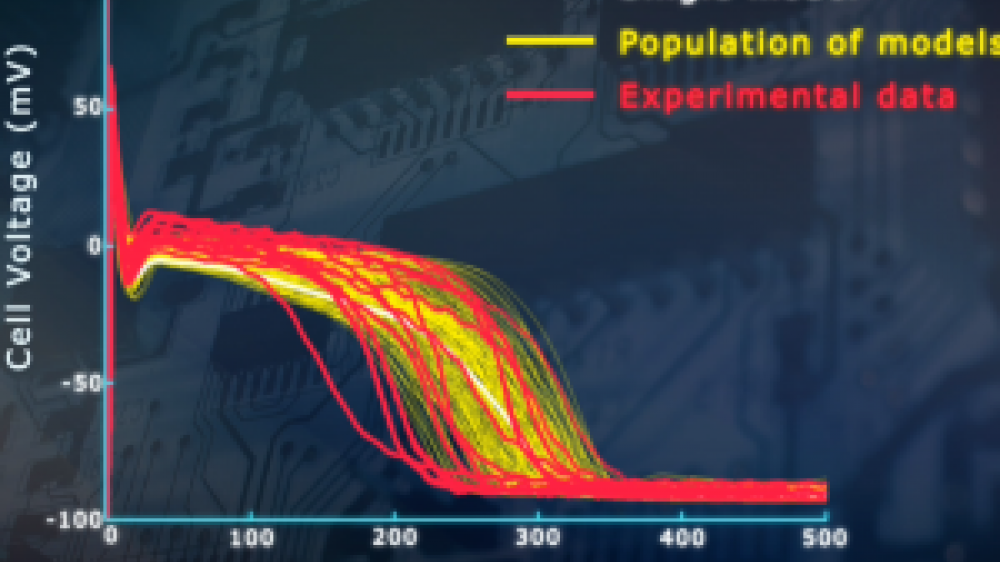 For the first time since the prize was launched in 2005, the highest accolade has gone to a PhD student, Mr Oliver Britton, working with Professor Blanca Rodriguez, at the University of Oxford.

Mr Britton’s winning paper describes using existing data to build a computer model of cardiac electrophysiology that incorporates variations in ‘normal’ heart properties that occur between individuals of the same species. Traditional modelling tends to ignore this, using averaged data instead. This new approach has the potential to make computer models that can more accurately identify drug compounds that could be toxic to the heart. Early identification would allow these compounds to be removed from the drug development pipeline before they reach the stage where regulatory animal studies are required. As confidence in the model grows, there could be potential for it to replace some in vivo studies altogether.

The computer model has also been developed into a user-friendly software package called Virtual Assay, which should increase industry uptake for use in drug safety testing, as it can be used without the need for specialist programming and modelling experience.

It is possible to use the modelling method to study variability in any biological system, increasing the potential of the model to reduce animal use.

Mr Oliver Britton, University of Oxford, said: “It's great to have our research recognised as having a potential impact on the 3Rs, and winning the prize helps with publicising our work to the audience who might be interested in it. We plan to use the prize grant to apply our methodology in neuroscience, specifically pain research in humans, through a collaboration we have developed with an industrial partner. We will investigate how variability between individuals alters the response of different types of pain-sensitive neurons to drugs.”

Three further papers were awarded highly commended status. A paper published in Nature Communications by Olivier Frey, from ETH Zurich in Switzerland, reports on a novel approach to culturing cells in vitro. Gaskill and Garner, both working in the US, have been commended for their study investigating the importance of nesting material and temperature for mouse welfare.  AstraZeneca’s study looking at the benefits of the microsampling technique for collecting blood from animals in toxicology studies was also recognised.

The international NC3Rs 3Rs Prize, sponsored by GlaxoSmithKline, is awarded to highlight an outstanding contribution to scientific and technological advances in the 3Rs in medical, biological or veterinary sciences. The prize, which was awarded at an evening celebration in London on 9 March 2015, consists of an £18k award to be used to further the 3Rs potential of the study and a £2k personal award. Highly commended entries receive a £4k grant and £1k personal award.

Dr Steve Pyke, Senior Vice President Quantitative Sciences, GlaxoSmithKline said: “GlaxoSmithKline is delighted to sponsor the NC3Rs Prize. We are really pleased that this year’s winning authors come from academia and industry, and from Switzerland and the US as well as the UK, reflecting the inclusive and international nature of this important Prize.”

Professor Ian Kimber OBE, 3Rs Prize panel chair, said: “Mr Britton’s paper really stood out to the panel because of the model’s potential as a replacement for early-stage animal tests in drug safety studies, across a broad range of disciplines. The model has also been developed into a piece of user-friendly software, encouraging uptake and use by industry, which could have an important impact on the reduction of animals in research.”

For more information on each of the winning papers, visit our 3Rs Prize competition webpage.