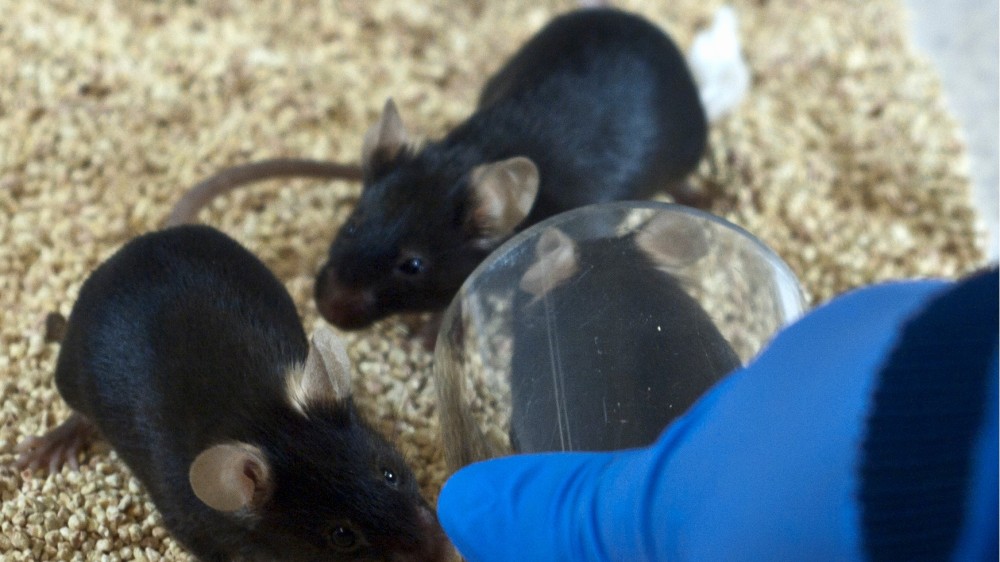 A new study shows that how mice are picked up can substantially change their behaviour in cognitive tests.

The work, by Dr Kelly Gouveia and Professor Jane Hurst from the University of Liverpool, was published in Scientific Reports today and funded by the NC3Rs1.

The researchers discovered that mice handled by a ‘mouse-friendly’ tunnel for transfer to the test arena showed much more active exploration during testing than those picked up by the tail, showing that non-aversive tunnel handling improved mouse performance in behavioural tests compared to traditional tail handling.

In the tests, mice were placed near a new attractive stimulus (urine from the opposite sex) that should stimulate approach and investigation, especially during the first contact. This was repeated in three sessions, to get animals familiar with the new scent. Throughout all the sessions, mice picked by the tail showed very little willingness to explore the test arena and therefore investigate the new stimulus. Many animals failed to sniff the stimulus even once, making it challenging to collect enough data for a reliable comparison between sessions. By contrast, mice picked up in a tunnel explored their environment readily, showed a strong interest in the new stimulus, and a clear effect of becoming familiar with it over consecutive sessions.

To test discrimination between two different scents, the mice were then placed near a different urine stimulus. Because the performance of mice picked up by the tail was so poor from the start, they did not discriminate between the known and new scents. Those handled by a tunnel showed robust discrimination, making them much more reliable experimental subjects.

The traditional way to pick up a mouse from the cage is by grasping the base of the tail, although this has no scientific validation. This method, although fast and not painful, is known to be aversive to mice and to cause stress and anxiety2.

In their previous work, the team from Liverpool developed alternative methods of handling mice that are much more animal-friendly and just as quick once the handlers are trained2,3. This involves picking up mice by guiding them into an open tunnel that is inexpensive and autoclavable (see photo). Professor Hurst showed that this technique makes a big difference to how mice respond to the handler – while mice picked up by the tail show caution and are reluctant to approach the handler, mice used to the tunnel interact with the tunnel and with the person handling them much more willingly2,3.

Mice are the most common animal used in research and handling is an important part of both routine husbandry and experimental procedures. Handling stress could therefore impact the welfare of millions of mice used in research world-wide.

But minimising the stress associated with handling is key not only to the animal’s well-being; it has scientific importance as well. It is well established that anxiety in rodents correlates with reduced exploration. Unnecessary stress or anxiety due to handling before testing is likely to shift the animal’s attention away from a particular test and make it less able to learn and/or solve specific tasks. Avoiding this by using a better handling method could improve the reliability of a wide range of behavioural tests used to understand learning and memory, assess gene function, test sensory deficits, or for drug discovery, for example.

Use of a non-aversive handling can remove the requirement for prior familiarisation with the handling procedure and test environment, as animals that are not anxious will readily explore the novel environment. This could save valuable time during testing, as well as substantially improve the reliability of behavioural responses to test stimuli that are not confounded by handing-induced anxiety.

Commenting on the work, Professor Hurst said: ‘The method used to pick up laboratory mice has a surprisingly strong influence on their anxiety, and our study shows that this has a major impact on the reliability of their behavioural response to test stimuli. A simple change to picking up mice up in a tunnel rather than by the tail could have a really positive impact on the wide range of research that relies on behavioural testing, as well as improving the well-being of test animals.’

Dr Mark Prescott, NC3Rs said: ‘This study provides further evidence for the need to shift away from tail handling of laboratory mice, this time for scientific reasons. Tunnel handling should be the method of choice for researchers conducting behavioural tests with these animals.’

To help train handlers in the tunnel method, Professor Hurst’s team, in collaboration with the NC3Rs, have created a mouse handling video tutorial. As part of our ‘Year of laboratory rodent welfare’,  the NC3Rs will be working with Professor Hurst to further disseminate the refined mouse handling techniques' alongside a number of other exciting initiatives focusing on the welfare of mice and rats. 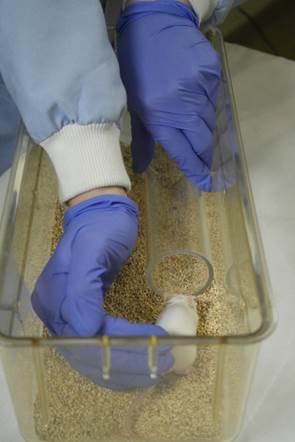 Encouraging the mouse into the tunnel (Jane Hurst, University of Liverpool).

The National Centre for the Replacement, Refinement and Reduction of Animals in Research (NC3Rs) is a leading independent scientific organisation dedicated to replacing, refining and reducing the use of animals in research and testing (the 3Rs). It supports the UK science base by driving and funding innovation and technological developments that minimise the need for animals in research and testing, and lead to improvements in welfare where animals continue to be used. It funds research, supports training and development, and stimulates changes in regulations and practice.

Primarily funded by Government, the NC3Rs is also supported by the charitable and private sectors. It works with scientists in universities and industry in the UK and internationally.