Tail handling reduces the value of reward in laboratory mice 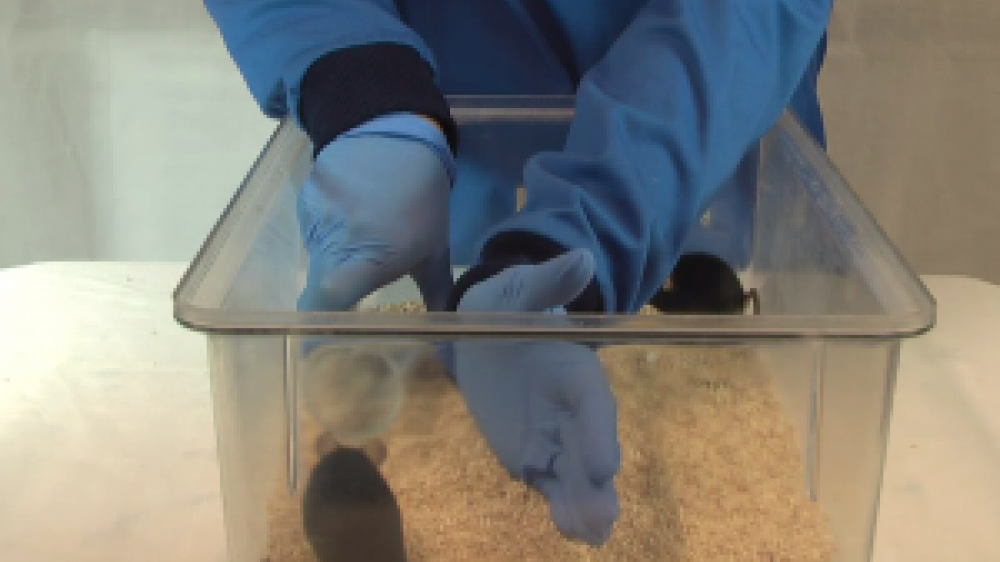 Researchers at Newcastle University have found that picking up laboratory mice by the tail makes them less responsive to reward, suggesting a more depressive-like state compared to mice handled using a tunnel1. This finding adds to previous studies that show tail handling can be aversive.

The reduction or inability to experience pleasure from rewarding stimuli is known as anhedonia and is a core symptom of clinical depression in humans. In animals, anhedonia is also considered an indicator of a depressive state. It can be measured by assessing how mice consume a sucrose solution as a reward: depressed mice consume less sucrose and the size of their licking bouts when drinking also tend to be smaller.

PhD student Jasmine Clarkson under supervision of Professor Candy Rowe and colleagues found that tail handled mice showed more anhedonic responses in both measures – drinking less sucrose solution and in shorter licking bouts – than tunnel handled mice. These findings provide the first evidence that handling method affects how laboratory mice perceive and respond to positive rewarding stimuli. The work has significant implications for the welfare of laboratory mice as well as for the design and interpretation of scientific studies, particularly those investigating or involving reward.

Work from Professor Jane Hurst’s laboratory at the University of Liverpool has previously identified that the standard practice of picking up laboratory mice by their tails increases behaviours indicative of anxiety and reduces engagement in cognitive tests; issues which can be overcome by picking up mice using a tunnel or cupped hands instead2,3,4.

In the current study, the Newcastle team confirmed the previous tunnel handling work, replicating Professor Hurst’s results in their laboratory. They demonstrated that mice handled by their tails interacted less with the handler and showed greater levels of anxiety in behavioural tests compared to tunnel handled mice. They were also able to demonstrate the beneficial effects of tunnel handling over a longer period of time.

The NC3Rs has produced a range of resources to support laboratories in implementing the refined handling methods.

The study has been funded by the BBSRC and is published in Scientific Reports.