Training non-human primates (NHPs) to perform cognitive tasks in the laboratory is a time-consuming process with important welfare and experimental limitations.

To refine the practice, Drs James Butler and Steve Kennerley from University College London developed Mymou, a novel system for automated training of NHPs within their home cage rather than in the laboratory. The work has been recently published in Behavior Research Methods and has been highlighted in the latest episode of the 3 Minute 3Rs podcast.

It can often take over a year to train a naïve NHP to perform a complex cognitive task. The NHP must acclimate to their experimenters, including entering a testing chair and being transported to the laboratory. Once in the lab, the NHP is typically trained for one or two hours per day, before either becoming tired or sated with reward, or so that the experimenter can train other NHPs with the equipment.

Laboratory-based training also has important welfare implications for the monkey: restricted mobility in the chair in combination with separation from the peer group may increase stress levels. Unlike in their home enclosure where monkeys can typically forage for food or explore their environment at will, during laboratory-based training the experimenter controls when the NHP is tested, and hence when food or fluid rewards are available.

The Mymou system, a wireless tablet training system attached to their home enclosure, overcomes many of the disadvantages linked to the traditional approaches. The system:

View Mymou in action in the video below.

Other automated training systems require implanted microchips, social separation or labour-intensive manual sorting of footage for animal identification. In contrast, Mymou uses real-time facial recognition to accurately identify which monkey is using the system, and can even start specific tasks for each NHP. This eliminates the need to separate NHPs from their peer group to use the system. 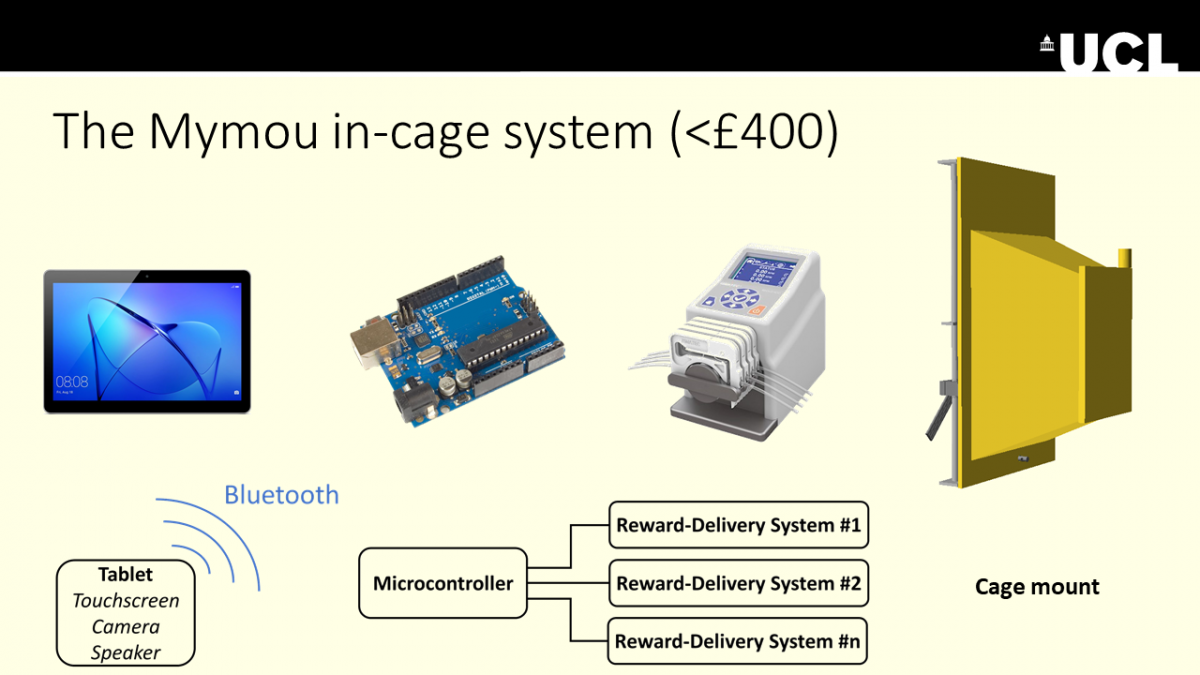 James and Steve validated the system using an associative learning task. The task consists of a network of stimuli arranged on a square grid (see image), where the goal is to learn how all the stimuli are connected. To solve the task the monkeys must learn a total of 48 different associations between the different images, which is a difficult enough task for a human to do, let alone a monkey. 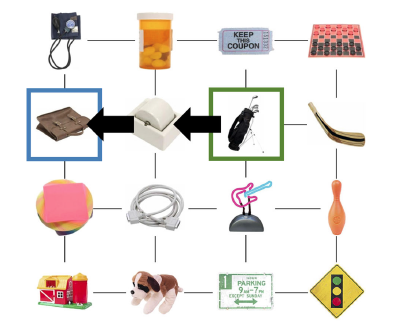 In the study, the researchers used the device to train two male rhesus monkeys on the task. The animals were using the system unaided after only five days of training and would engage with the system throughout the day. There was a marked difference in their routines, confirming that different NHPs prefer to work or obtain fluid rewards at different times of the day, and the Mymou system accommodates this. After just three weeks of being left alone with the tablet system, both monkeys achieved nearly perfect levels of knowledge of the task. This demonstrates that the device can be used to teach NHPs advanced cognitive tasks from their home environment.

Dr James Butler said: "We've been using the device for two years now and are amazed at how well it has held up to daily use by the monkeys – we were expecting them to have at least broken one tablet system by now! The four monkeys that we’ve trained using the system have all learnt to use it quickly and we’re now excited at the prospect of rolling it out to other centres that are interested."

Dr Steve Kennerley added: "Training monkeys to perform cognitive tasks in the laboratory is time-consuming. We wanted to develop an affordable training system that monkeys could play with all day and earn different rewards, all from the comfort of their home environment. The Mymou system not only expedites training, it provides a platform for future wireless neuroscience experiments of various naturalistic behaviours."

This work was supported by a Wellcome Trust New Investigator Award to Dr Kennerley.