Assessing welfare in fish: the answer is in the water! 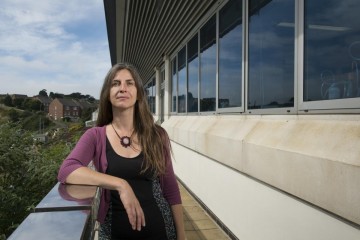 The stress response in fish is very similar to that in other vertebrates and can be described in three stages. The primary response involves the activation of the hypothalamus–sympathetic–chromaffin cell axis, which produces cathecolamines (adrenaline and noradrenaline); the hypothalamic–pituitary–interrenal tissue (HPI) axis which produces mainly cortisol in teleost fish. The secondary response is the physiological and behavioural adjustment to stress conditions. It includes the activation of a number of metabolic pathways which induce changes in blood chemistry and haematology, respiration, acid-base disturbances with ion losses at the gills, cellular response and immune function As a direct consequence of elevated circulating levels of catecholamines and cortisol, a wide range of secondary changes are evoked including the changes in rates of turnover of brain neurotransmitters such as dopamine and serotonin. If exposure to the stressor is prolonged tertiary responses occur, which are changes in the whole organism and have an eventual impact on the population via immunosuppression and inhibition of reproduction. We are interested in the consequences of primary and secondary responses, particularly changes in brain monoamine (BMAs) levels. We hypothesise that these change with feelings and moods in fish, and can be developed into a welfare marker in fish. Since our ultimate aim is to produce a tool that can be used routinely, we will focus on the tank water as the substrate for the marker. In addition to targeted analysis of BMAs and their metabolites in the water, we will employ two novel approaches for collecting and analysing the water chemistry; the concentration of bio-molecules present in the water by polar organic chemical integrative samplers (POCIS) and the analysis of the resulting water extracts by comparative metabolomics.