Engineering Galleria Mellonella as a model for infection, immunity and inflammation 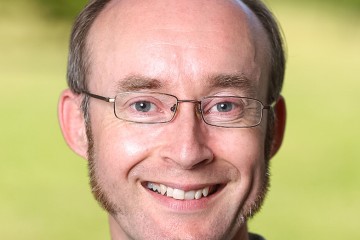 This award aims to expand the use of Galleria mellonella as a replacement for mice in bacterial and fungal immune challenge studies by developing transgenic larvae with fluorescent phagocytic cells (hemocytes).

One of the barriers to the uptake of Galleria as a model organism has been the inability to genetically modify the larva. Galleria possess a number of advantages over other invertebrates, cell lines and murine models including being able to infect and maintain the larvae at 37oC. This allows infection studies to be performed at the same temperature as humans, which is important for cellular kinetics and temperature-sensitive protein production. However, wider uptake of Galleria is dependent on methods being developed to create transgenic Galleria to study interactions between pathogens and components of the immune system. Studies are currently limited to qualitative analysis of infection progression, typically by either assessing the melanisation of the larvae (a response initiated by the immune system to capture pathogens at the wound site), or by assessing the larvae survival rate. In a proof-of-concept study, Dr James Wakefield and colleagues have developed a DNA injection protocol and created a transgenic ubiquitously fluorescent Galleria larva for the first time.

With NC3Rs funding, James and colleagues will expand on their successful pilot study to fluorescently label Galleria hemocytes. The protocols will be optimised and validated in a functional study with Candida albicans to build confidence in the methodology. A collaboration is in place with BioSystems Technology for the distribution of the transgenic Galleria to promote the dissemination and uptake of this model.