10 years of CRACK IT webinar: Assessing the genotoxic potential of gene therapy products in vitro 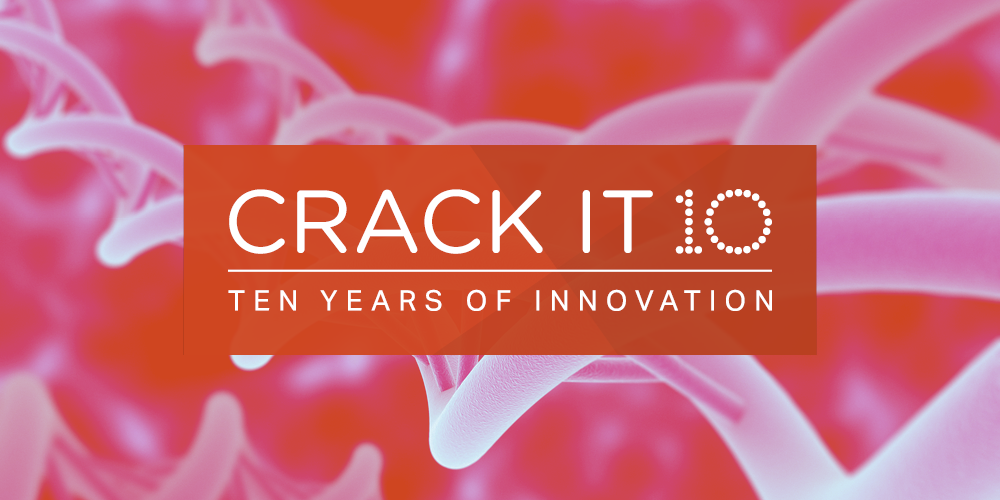 This webinar forms part of the CRACK IT 10 year anniversary celebrations. It focuses on the development and launch of TestAVec, a company that in collaboration with Challenge partner GeneWerk GmbH has developed the hInGeTox - Human In Vitro Gene Therapy Genotoxicity Testing service. TestAVec was founded on technology developed to address the 2015 InMutagene CRACK IT Challenge sponsored by GlaxoSmithKline (GSK) and Novartis.

The TestAVec team, in collaboration with lead contractor GeneWerk GmbH, has developed a human stem cell based in vitro testing service (hInGeTox) to reduce the use of animals in assessing the genotoxic risk of gene therapy products.​ These products use therapeutic DNA sequences to replace or disrupt existing genes and are delivered using vector systems which can themselves cause genotoxicity. hInGeTox assesses the safety and efficacy of vectors early in development using human induced pluripotent stem cells that have been differentiated to hepatocytes and cultured in 3D. Several vector-related factors that cause genotoxicity can be measured using hInGeTox. These include effects on cancer gene expression by vector promoters and enhancers, aberrant transcript forms or gene splicing, host epigenetic responses to gene transfer and therapeutic gene expression. The team is also exploring the use of patient-derived cells in these assays to provide a personalised medicine approach.

During this webinar, which is free to attend, you will hear from one of the developers of hInGeTox and from the challenge Sponsor. There will be an opportunity to ask questions after the webinar presentation.

The InMutagene CRACK IT Challenge, sponsored by GSK and Novartis and launched in 2015, aimed to develop in vitro and/or in silico assays that can be used singly or in combination to improve risk assessment for gene therapy products. In the development of gene therapies, there is an increasing demand for preclinical tests to assess the safety of vectors used to deliver therapeutic DNA sequences. Existing models to test vector-mediated genotoxicity often use animals or animal-derived cell lines. While offering readouts for transformation and other markers of genotoxicity, they can be unreliable or overestimate the risk of genotoxicity. Alongside this, preclinical models of oncogenesis are expensive and time-consuming, and the long-term duration of studies can present ethical concerns.

Further information about the TestaVec platform and InMutagene Challenge can be found on the NC3Rs Innovation Platform.