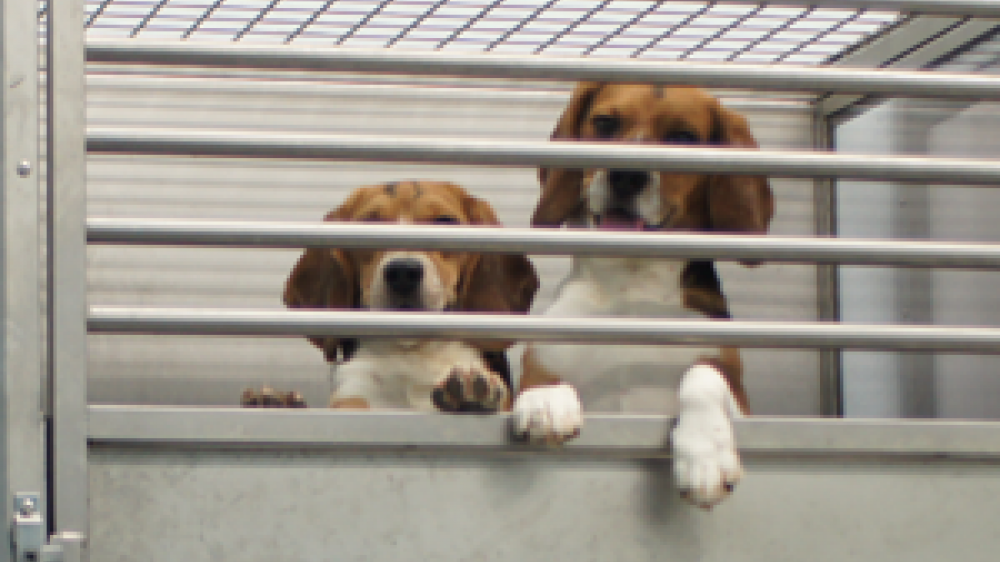 A new study, published in Laboratory Animals, describes a step forward in enhancing the welfare of dogs used in the testing of pharmaceuticals.

Covance Laboratories Ltd. and Novo Nordisk A/S collaborated to investigate whether dogs could be pair-housed during studies to assess the absorption, distribution, metabolism and excretion (ADME) properties of new drugs.

ADME studies typically involve housing animals in metabolism cages designed to optimise collection of urine and faeces. Current cage designs involve single housing and have remained largely unchanged for 30 years. For highly social animals such as dogs, separation from their companions can cause distress and lead to abnormal behaviour and separation anxiety.

Pair housing was achieved by modifying and combining two metabolism cages so that the dogs were able to interact with each other whilst maintaining the same amount of floor space per dog. 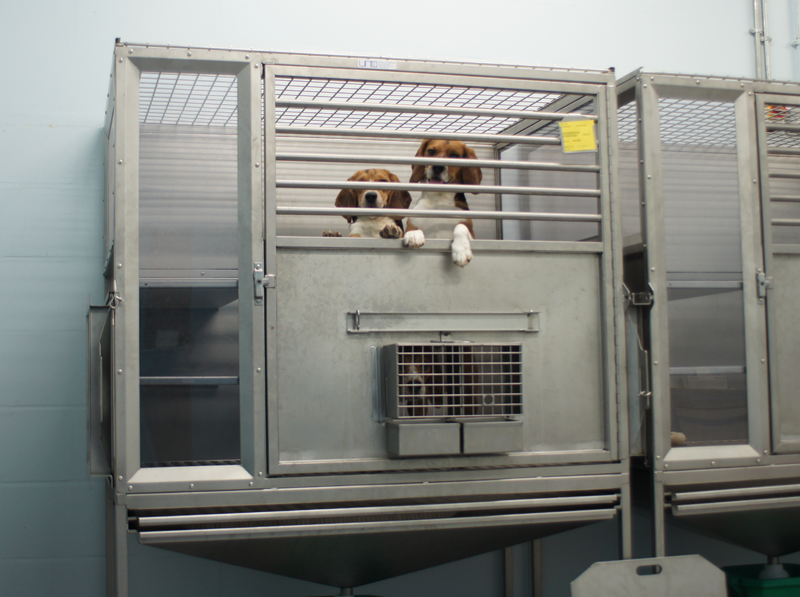 Dual cage system with a hatch between the two connected cages and pair-housed dogs.

Excretion balance data (percentage of dose eliminated) were obtained by tracking the level of a radiolabelled drug, [14C]-Quetiapine, in the faeces and urine of six male beagles over seven days, when housed singly and in pairs. To investigate whether pair housing reduced stress, levels of cortisol in sera were also measured daily.

Mean recovery rate of radioactivity in collected excreta was comparable between the different housing conditions, with the data collected from pair-housed dogs within the variability range of data collected from single-housed dogs. The authors concluded that this result supports pair-housing being used in future metabolism studies as it can produce data suitable for regulatory submission. 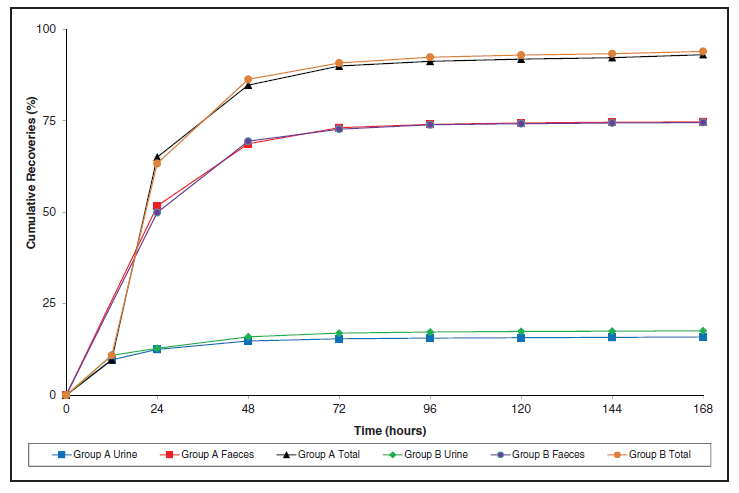 The cortisol data were inconclusive, with large variation in the level of cortisol detected regardless of housing condition. The authors noted that other factors, such as the blood sampling procedure itself, will have influenced these results. However, the dogs appeared calmer and barked less when pair-housed.