Six highlights from Pint of Science 2018 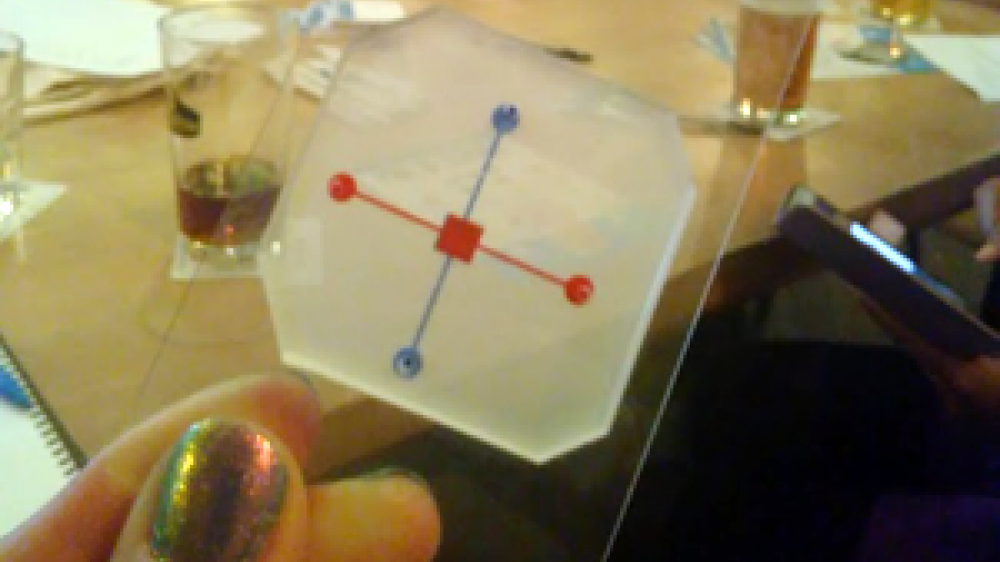 We recently sponsored three events as part of the worldwide Pint of Science festival, which brings researchers into local pubs every May to talk about their work.

This year NC3Rs grant holders had the chance to speak about their research and the 3Rs in pubs in Leeds, Cambridge and Cardiff. Here are our highlights from each of the three evenings.

1. Organs-on-chips are an interdisciplinary project

Dr Virginia Pensabene is an electronic engineer who designs and builds organs-on-chips, work that requires collaboration with specialists in fields as diverse as robotics, microfluidics and surgical science. Virginia shared with the Leeds audience the story of how her research came to focus on a ‘woman-on-a-chip’, integrated microfluidic devices modelling the reproductive organs. The system can be used to study the efficacy of drugs and the effects of the environment on human fertility, while reducing reliance on the use of animals. Virginia also brought along some chips to show the audience (see above).

2. You can study Alzheimer’s in the nematode worm

In her talk ‘Why a little bit of stress is good for you’, which took place in Leeds on 14 May, Dr Patricija van Oosten-Hawle spoke about her work on the mechanisms of stress response and protein quality control. These processes are highly conserved across the animal kingdom, and Patricija studies them in the simple nematode worm, instead of using higher species. Her research focuses on chaperone proteins and the risks of accumulation of damaged proteins, which has been linked to human diseases such as Huntington's, Alzheimer's and Parkinson's disease. 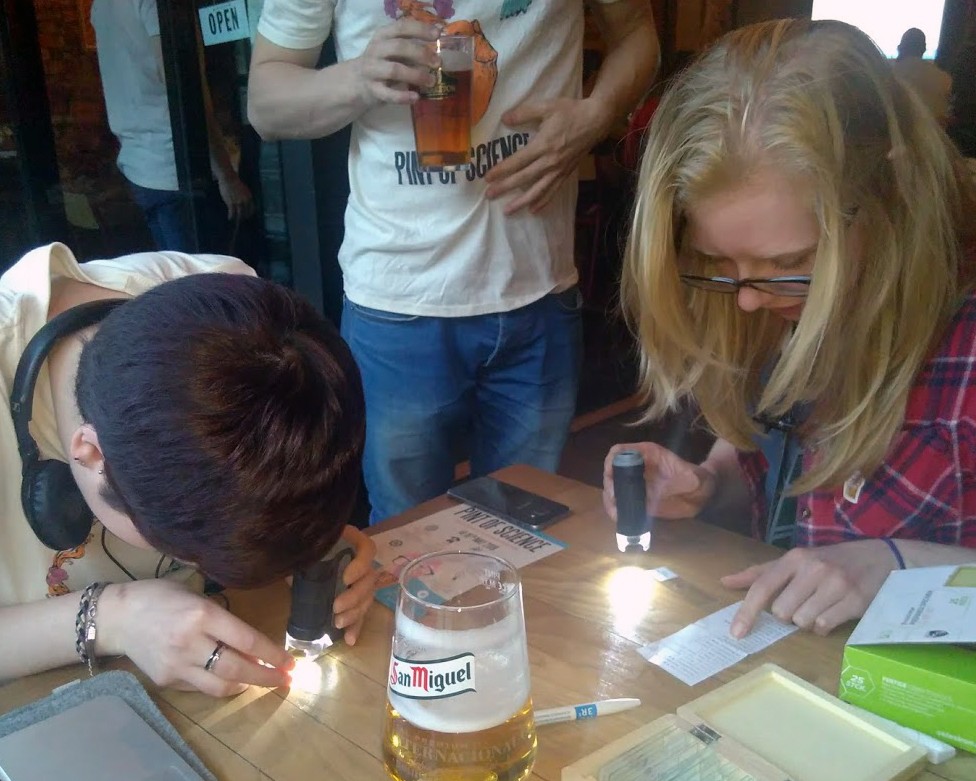 Dr Chris Heath began his presentation in Cambridge on 15 May by comparing doctors asking patients about their wellbeing with researchers trying to establish the emotional state of laboratory animals. To bridge the ‘translational gap’ between the lab and the clinic, he uses a touchscreen testing system analogous to those designed for human patients to assess the motivation, behaviour and cognition of laboratory mice. Through this system, using strawberry milkshake as a reward for performing cognitive tasks, Chris can identify changes that could be linked to the development of depression or schizophrenia.

Also in attendance at Chris’s talk was artist Susan Abbs, who encapsulated the talk in a work of art to be exhibited at the Creative Reactions art-science exhibition in Cambridge.

4. You can find out a lot about mice by looking at their ears

The idea behind Dr Maja Wållberg’s project might sound like an old proverb, but it has very practical implications. Maja uses mice to study type 1 diabetes, but rather than using invasive procedures, she looks at pancreatic islets transplanted in the pinna of the mouse ear. This is possible thanks to multi-photon microscopy, which allows the imaging of living tissue up to about one millimetre in depth. Using this non-invasive technique, Maja can observe immunological events in the islets of the same mouse over a long course of time, reducing the number of mice needed for her research. During her talk in Cambridge, the audience were treated to some remarkable live imaging videos.

5. Imaging techniques can be quite illuminating!

In a double act in Cardiff on 16 May, Dr Amit Jathoul and NC3Rs-funded PhD student Jamie Long and demonstrated  how bioluminescence can be used to image specific cells and tissues. Systems such as firefly luciferase offer a sensitive, reliable, safe, and non-invasive tool with potential to be used successfully in living animals. However, firefly luciferase causes an immune reaction in both mice and humans – as the immune system destroys the bioluminescent cells at a varied rate, additional variability is introduced into the experiments.

Jamie and Amit are using innovative approaches to evolve a mouse protein into a luciferase that is shielded from the murine immune system. They have also engineered the luciferase to emit colours spanning from the visible to the near-infrared range, expanding its possible applications in biomedical research.

6. The 3Rs conversations are shifting as technologies are constantly evolving

In his Cardiff talk, Professor Alastair Sloan gave an interesting overview of techniques for dental research that have 3Rs benefits, from ex vivo models to stem cell approaches.

As well as some top-notch science, Alastair’s talk featured an interactive segment starring unsuspecting Pint of Science volunteers, who were called to the stage to help demonstrate how cells behave differently in two or three-dimensional cultures.­­­ 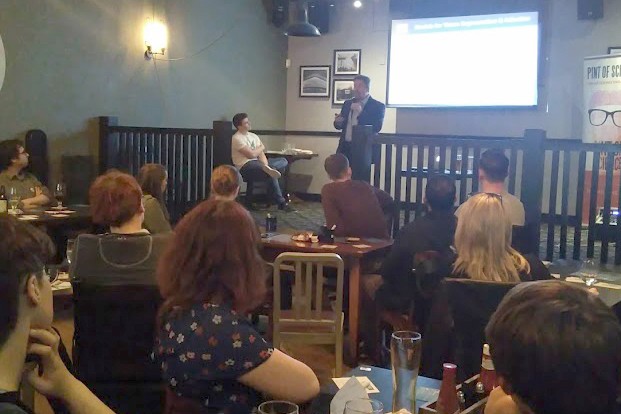 As one of the first NC3Rs grant holders from more than a decade ago, Alastair commented on how conversations about the 3Rs have shifted over the years. He discussed how advances in technologies such as stem cell research are opening new windows of opportunity to advance the 3Rs. Alastair also highlighted the encouraging shift in conversations about the 3Rs within the scientific community, with more and more researchers considering the 3Rs at each step of the scientific process.

Thank you once again to all the speakers for their engaging presentations, to all the organisers local and national for their hard work, and to everyone who came to share a Pint of Science with us. We ­hope to see you again next year. Cheers!