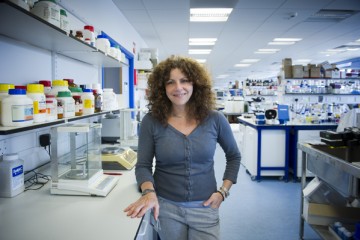 This project aimed to develop and assess an in vitro model of spinal cord injury as a screening tool for therapeutic agents, replacing the use of large numbers of animals.

Spinal cord injury (SCI) is a major cause of permanent disability resulting in paralysis and loss of sensation. These deficits are permanent because the central nervous system (CNS), once damaged, has little capacity for repair. Laboratory models of SCI generally involve the use of large number of animals, and require technically demanding and time-consuming operations that result in substantial disability in the animals. Current opinion is that repair will require a combination of therapies which will require many animals for testing for confirmation of their efficacy.

Mixed neural cells are obtained from rat or mouse embryonic spinal cords and are plated on a layer of astrocytes which over a period of weeks form a carpet of spinal cord axons. The axons are ensheathed by myelin, interspersed with nodes of Ranvier, produced by the surrounding oligodendrocytes. Many of the key axonal, glial and nodal proteins found in vivo are expressed.

Depending on the substrate the axons become arranged in long tracts which can be cut using a scalpel. A cell-free area develops and the lesioned nerve fibres respond, as in vivo, with myelin loss, changes in the expression of specific neuronal proteins, markers of scarring and cell death. No neurite growth occurs across the cell-free area. Importantly, however, neurite outgrowth and myelination have been shown to be stimulated by reagents which have been shown to promote nerve growth in animal models validating the model.

The system has the potential to avoid the use of animals for some studies of SCI. Ten rats or mice are used per treatment or time point in a typical animal model of spinal cord injury, plus controls animals resulting in large cohorts of animals being used. With the new in vitro model, one rat provides enough cells for an experiment which if carried out in vivo would use at least 30 animals.

Boomkamp SD et al. (2012). The development of a rat in vitro model of spinal cord injury demonstrating the additive effects of Rho and ROCK inhibitors on neurite outgrowth and myelination. Glia 60:441-56. doi: 10.1002/glia.22278