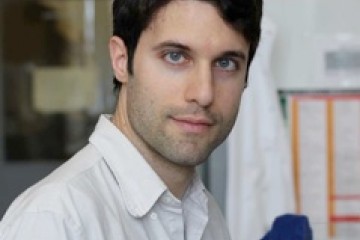 This proposal is based on a new in vivo system that I have established to study axonal transport of organelles in wing sensory neurons of Drosophila melanogaster. This system allows, for the first time, organelle transport to be studied in intact adult neurons of living Drosophila over time. Longitudinal studies in this system have revealed a remarkable agedependent decline in mitochondrial transport.

My previous data suggest that experimental upregulation of mitochondrial motility delays age-associated protein aggregation and increases neuronal healthspan. I also found compelling evidence that an evolutionarily conserved signalling pathway can regulate mitochondrial transport in axons of ageing neurons. I propose to exploit this innovative imaging assay to understand the molecular mechanisms linking this specific signalling cascade to mitochondria transport and neuronal ageing. Initially, I will undertake a biochemical characterisation of this signalling pathway in Drosophila, including the identification of downstream targets that regulate transport.

By using CRISPR genome engineering and tissue specific RNAi, I will attempt to identify the key regulatory nodes of the pathway. This will be followed by phenotypic analysis of neuronal function. After the Drosophila work, I will test the relevance of our findings in mammalian neurons. These experiments will be performed in cultured mouse motor neurons derived from embryonic stem cells in which mitochondria will be fluorescently labeled with a commercial dye. Finally, I will explore whether chemical activation of the pathway is sufficient to increase mitochondrial trafficking in single neurons of mouse sciatic nerve in vivo. To achieve this, I will use an available transgenic mouse strain, known as MitoMouse, which expresses a fluorescent marker of mitochondria in neurons. In these experiments,mitochondrial transport in young and old mice will be compared before and after challenging the neurons with pathway agonists.