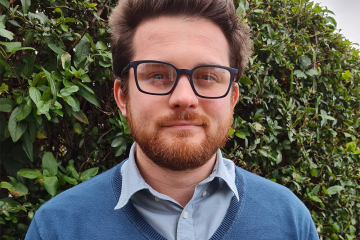 Why did we fund this fellowship?

This award aims to further develop an in vitro human 3D model of idiopathic pulmonary fibrosis by incorporating cytokines and multiple cell types, so that it can be deployed to replace the use of mouse models in some studies.

Idiopathic pulmonary fibrosis (IPF) is a degenerative, fatal lung disease in older adults where build-up of scar tissue, caused by excessive extracellular matrix deposition, prevents oxygen transfer into the blood leading to progressively impaired breathing. There is currently no cure for IPF, and treatments are only able to slow disease progression. In vivo and in vitro models are used to study IPF and research new therapeutic options. Mice are most commonly used to model IPF by intratracheally administering bleomycin under anaesthesia. This results in scarring of the lungs, however the damage, unlike in humans, is reversible, limiting the clinical translation of murine models. Current in vitro models use cells isolated from patient lungs, however, the cells do not recapitulate the remodelling of collagen typically seen in patients when they are grown in 2D cell culture conditions. This limits their use as an alternative to in vivo models.

With in-kind support from the Medicines Discovery Catapult, Dr Joseph Bell will further develop a human 3D model of IPF in which  fibroblastic cells resemble the stiffened scar tissue in IPF when treated with TGFβ. Joseph will use low oxygen culture conditions and add cytokines identified in IPF patient lung fluid, in addition to TGFβ, before incorporating further cell types to make the model more representative of the human condition. He will then use RNA sequencing to validate the model against existing patient data. Joseph will develop skills in 3D co-culture techniques, mass spectrometry and spatial gene expression analysis.