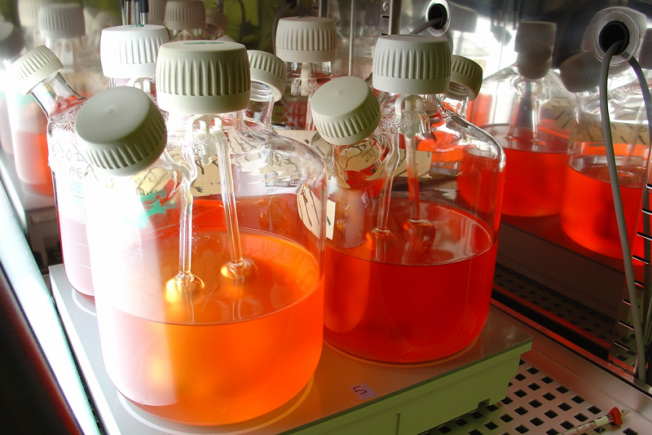 Since the late 1990’s the number of monoclonal antibodies (mAbs) entering the clinic has increased substantially as companies exploit the potential benefits to patients offered by these new biotherapeutics. The nonclinical testing of mAbs poses some challenges because their high degree of target specificity can mean that there is either no relevant species to use or the non-human primate is the only option. We have a comprehensive programme to reduce the use of animals in monoclonal antibody (mAb) development, whilst supporting the drug development process and patient safety.

We have worked with the international pharmaceutical and biotechnology industry to embed the 3Rs in the development of mAbs - minimising the use of non-human primates and influencing the addendum to the ICH S6 guidelines on the nonclinical safety evaluation of biotechnology-derived pharmaceuticals.

We have focused on opportunities to reduce the use of non-human primates by facilitating cross-company data sharing on group sizes, and the number of doses, recovery animals and studies carried out. Our analysis of over 100 compounds from 15 companies has provided the scientific rationale to halve the number of non-human primates used in a typical mAb development programme from 144 to 64. This is based on using group sizes of three males and three females, rather than four of each sex; including fewer recovery animals; dropping the medium dose group; and reducing the number of studies from three to two with a short-term study to support first-in-human trials and a six month study to support registration [5, 8].

We have also supported research through our CRACK IT Challenges funding competition, working with scientists at Huntingdon Life Sciences and the University of Southampton to develop predictive in vitro systems for assessing the risk of antibody-induced cytokine release (‘cytokine storms’) in humans, which would usually be investigated in non-human primates.

As many mAbs exhibit potency in rodents, we also focus on maximising the information derived from the rat or mouse to further minimise the use of non-human primates and to avoid the risk of a two species approach becoming common practice for safety studies. A symposium was held in collaboration with Charles River Laboratories in Carlsbad, USA [4] which highlighted the use of rodent studies in mAb development and the requirement for improved bioanalysis and microsampling technologies to reduce the number of animals used.

The importance of establishing data-driven recommendations on non-human primate numbers has been highlighted by recent approvals of biosimilars, that is, generic versions of mAbs currently authorised for use. Testing requirements for approval of biosimilars differ widely from one country to another with some requiring extensive animal testing. Many biosimilars are manufactured in countries outside the reach of the ICH. Working with the Medicines and Healthcare Products Regulatory Agency and 13 companies we examined the need for in vivo studies when the biosimilar and innovator product are indistinguishable by a variety of in vitro test methods. We identified widespread opportunities for waiving non-human primate studies for biosimilars [2] and are working with regulatory authorities to encourage uptake of our recommendations.