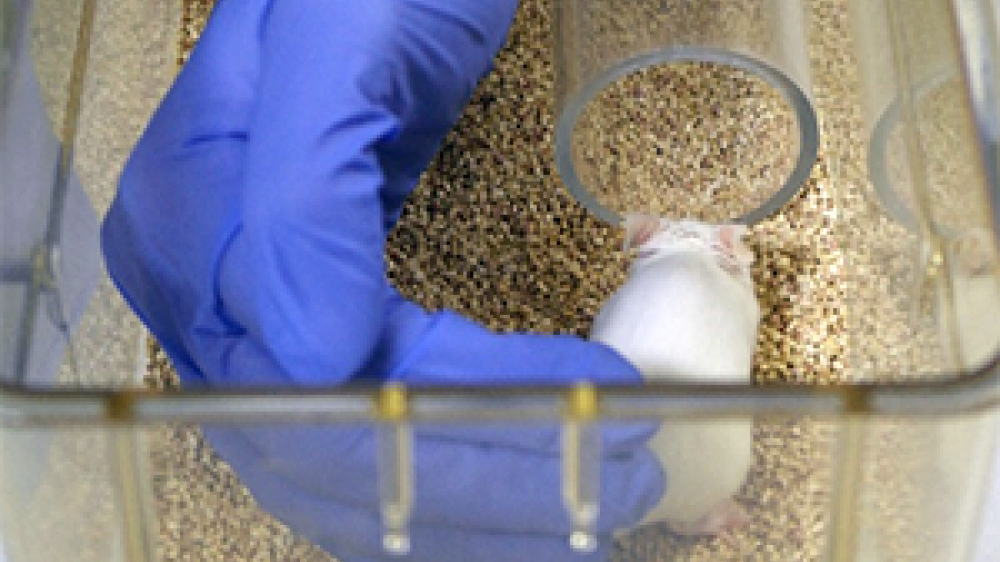 New research published in Scientific Reports shows the animal welfare benefits of picking up laboratory mice via a tunnel instead of by the tail persist even after repeated restraint, injection and anaesthesia.

The work, led by Dr Lindsay Henderson of Newcastle University, was funded as part of an NC3Rs Skills and Knowledge Transfer award to Dr Johnny Roughan, aimed at testing the reproducibility of non-aversive handling for improving welfare and data precision across several scientific disciplines.

It is well established that using handling tunnels or cupped hands in place of picking up mice by the tail improves their welfare. These non-aversive methods also make handling easier for researchers and animal care staff, and enhance mouse performance in behavioural tests. Many facilities in the UK and internationally have now adopted non-aversive handling methods as part of their everyday practice.

Experimental protocols often require mice to undergo repeated procedures that can cause pain or discomfort. For example, they may be restrained and injected many times over the duration of a study. Mice can also be required to undergo short periods of anaesthesia for implantation of devices, or repeated instances of anaesthesia for imaging the development of diseases. Therefore, it is important to know whether such protocols affect the previously-demonstrated positive effects of non-aversive handling methods.

Crucially, the authors found that tunnel handling alleviated the negative behavioural effects of the aversive procedures tested, unlike traditional tail handling. Tunnel-handled mice showed increased exploratory behaviour in an Elevated Plus Maze and Open Field Test, and spent more time interacting with their handler. They were also less likely to defecate during handling and behavioural testing than their tail-handled counterparts. These positive behavioural effects persisted even after repeated aversive procedures.

This study is the first to validate tunnel handling as a method to reduce the negative welfare effects of repeated isoflurane anaesthesia. While isoflurane is known to be aversive to mice, the findings of this study suggest that tail handling causes an aversion to the handler that increases the stress associated with repeated procedures such as anaesthesia.

The authors conclude that the welfare benefits of tunnel handling are widely applicable. Their work adds to the substantial evidence supporting tunnel handling as a way to improve the welfare of mice and reduce handling-related stress, even when experimental protocols require the use of more aversive procedures.

For support with implementing non-aversive handling methods, visit the NC3Rs How to pick up a mouse resource hub.