Review of the use of two species in regulatory toxicology studies 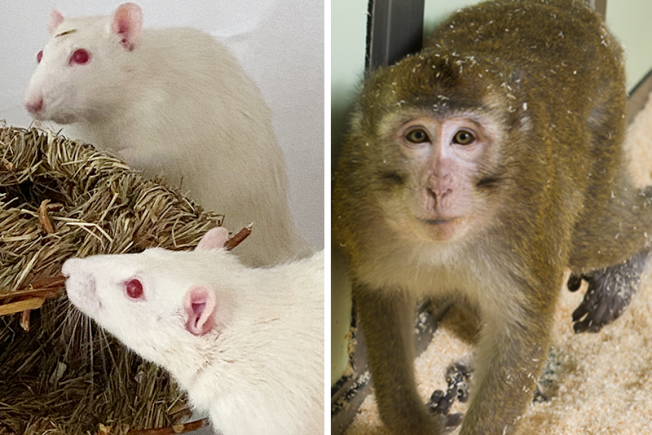 Current regulatory guidelines usually require safety and tolerability data from two species, a rodent (rat or mouse) and a non-rodent (dog, minipig or non-human primate), before administration of potential new medicines to humans in the first clinical trials. In the UK in 2020, animals used for repeat dose toxicity testing purposes (just one of the safety tests conducted) amounted to 10,670 experimental procedures using mice, 27,432 experimental procedures using rats, 2,082 experimental procedures using dogs and 1,142 experimental procedures using non-human primates (data from 2020 Home Office statistics). Obviously the UK is only one of the countries performing these tests and it is impossible to estimate how many animals are used by the industry as a whole worldwide. Many of these regulatory toxicology tests were introduced 30 or 40 years ago - the pharmaceutical industry has changed considerably in the intervening years with new drug targets, new types of compounds and new in vitro and in silico technologies available to evaluate safety. Where appropriate, regulatory requirements have evolved and been updated to adopt in vitro tests, refine in vivo tests and reduce the numbers of animals used. This ABPI-funded project is a further opportunity to review whether the standard testing paradigm can be modified, to provide an evidence base to propose updates with regards to the need for two species.

An international expert working group was formed in 2016, consisting of 37 organisations (pharmaceutical/biotechnology companies, contract research organisations, academic institutions and regulatory bodies).  We have reviewed how and when two species are used within pharmaceutical regulatory toxicology studies, and whether a rodent and a non-rodent species are still required in the current industry landscape. The initial focus for the project has been on whether existing opportunities to use a single species are being fully exploited and/or could be expanded, without detrimental effect on human safety.  Within the current paradigm for the development of biologicals, reduction to a single species for longer-term studies (the 13, 26 or 39 week toxicity studies to support long-term dosing in humans) may be possible if similar target organ toxicity profiles are identified in two species within the short-term studies (the 4 week toxicity studies to support first administration in humans), as outlined within the ICHS6(R1) guideline.  We have collected preliminary evidence that supports this, and for expansion of the opportunities to other modalities (e.g. small molecules).  However, applying these opportunities to the current nonclinical toxicology strategies for other molecule types and change/incorporate into the regulatory guidelines would need more robust evidence to demonstrate minimal risk/impact for human risk assessment.

This work has been published in Regulatory Toxicology and Pharmacology [2] – we have also produced a summary of the findings [3].